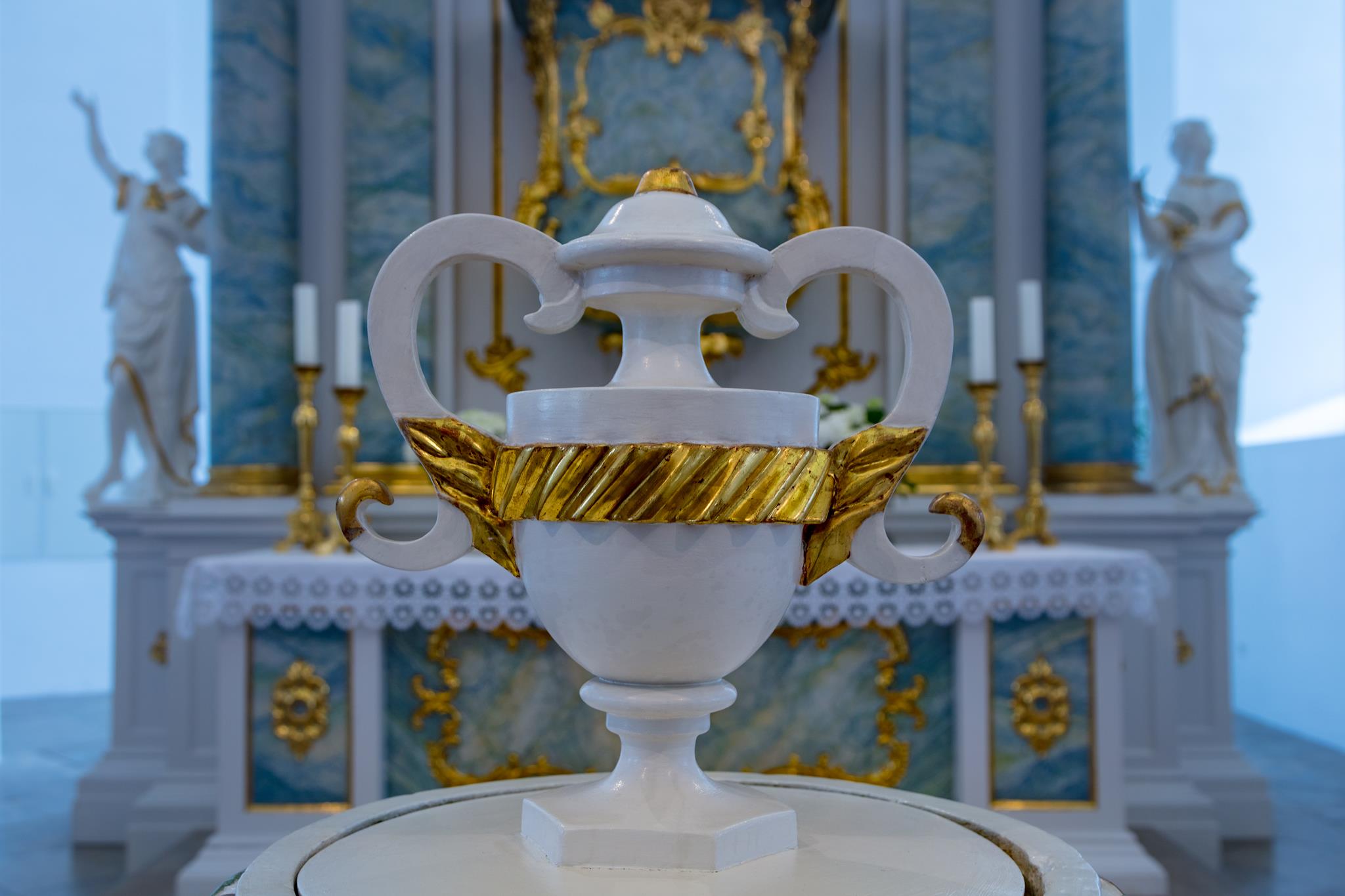 Shining and splendid as a ballroom with modern art

This magnificent margrave church was built between 1736 -1762 to take the place of St Andrew’s church, whose name it bears, which had records dating from 1126 . The pride and joy of the protestant Bayreuth princes can be seen in the village on the border of the Bamberg diocese. The wide, bright ballroom-like interior was restored in 2009/2010 and shines in pure white.
The central ceiling panel which was previously empty is now filled with an award-winning work of art entitled ‘God-particles’ by Gerhard Mayer, a modern work amidst the baroque stucco.The four pillars of the earth soar upwards to Heaven, and the whole work is formed of curves placed together in such a way that none of them cross one another.
The visitor’s eye is drawn to the pulpit altar made by the Bayreuth court sculptor Johann Gabriel Räntz, and decorated harmoniously in blue, white and gold. The symbol of God the HolyTrinity, the golden triangle within a halo of rays of light, is here united with the Cross of Christ: God’s glory shines at its brightest here.The font was made in 1830 in the shape of a large Grecian vase and points forward to the age of Classicism.