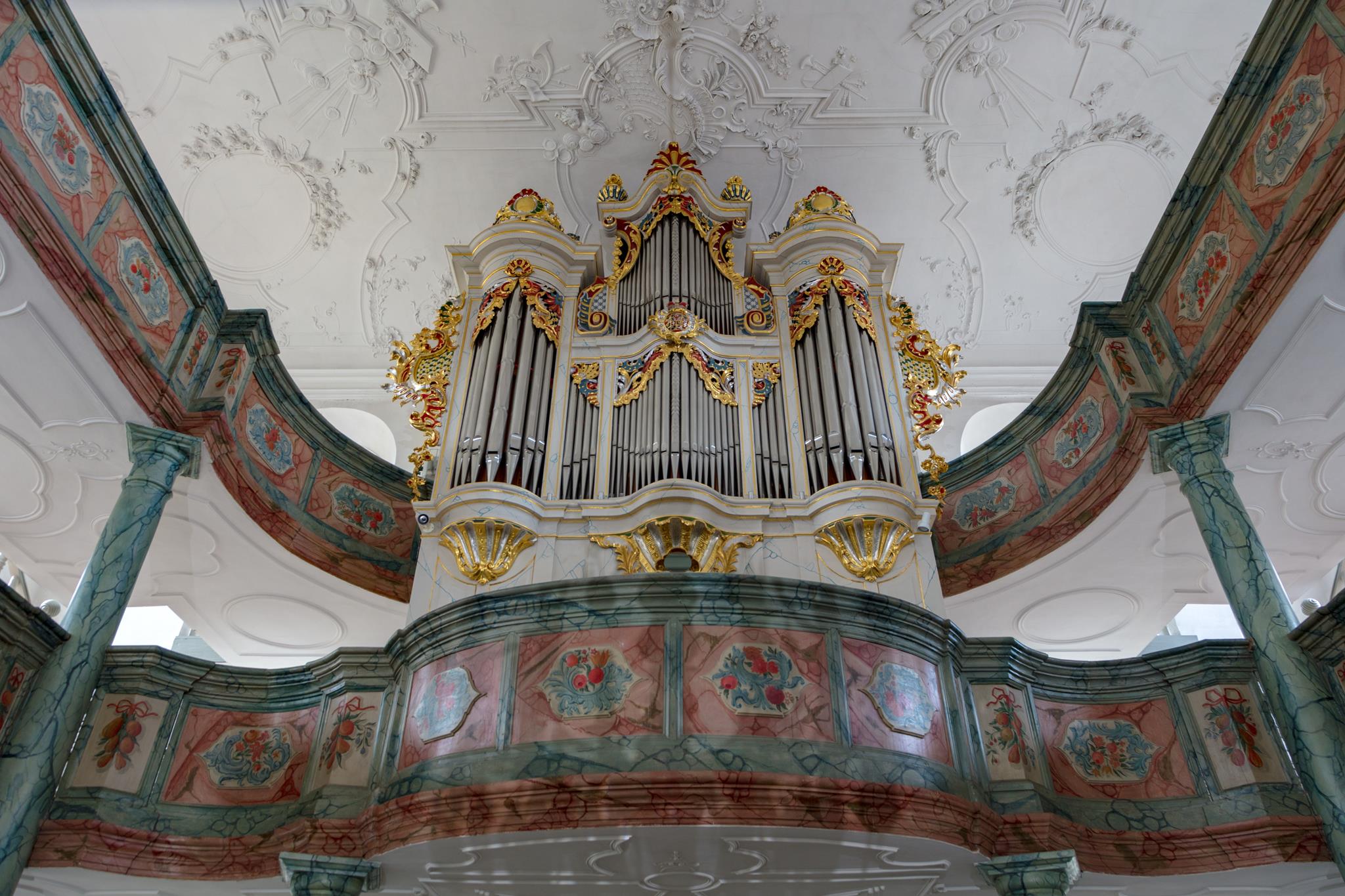 Synthesis of the arts in white and gold

The reason that the stucco ceiling by Jeronimo Francesco Andreioli – one of his masterpieces – was not painted as was customary, but sparkles to this day in elegant white, is probably that the congregation’s finances were exhausted. They did after all have to bear the cost of rebuilding their church themselves, and that took place from 1742 to 1751 under the direction of Johann Georg Hoffman, the council’s master builder. Even the pulpit altar made by Johann Friedrich Fischer in 1756 has a white background, just like the organ; the organ case itself was carved in 1749/50 by Johann Gabriel Räntz. The light which streams in though the big windows makes the whole area very bright, so that the gold of the figures and of the ornamentation, and the large and colourful coat of arms with its armorial decoration, painted in 1761 by Heinrich Samuel Lohe, are seen to best advantage against the white background.

Andreoli made the angels’ faces, which people the heavens, particularly expressive whilst other angels play musical instruments to the glory of God. On the altar, angels point upwards to the Risen Christ, carrying the flag of victory and surrounded by a halo of rays of light. Below, St Peter and St Paul proclaim their message. In his left hand, the baptismal angel holds the baptismal bowl with its lid made of flowers, and with his right hand he supports the lectern, with a halo of light rays on his head. God Himself is present in Word and sacrament.

The impresseive ensemble of church, vicarage, charnel house, tithe barn and parish centre sits majestically on the hill above the town. The charnel house (St Roche’s chapel) bears the date 1400. Today’s church is the third on the same site. Margrave Georg Friedrich Karl used to lodge with his hunting companions in the spacious vicarage which displays his coat of arms.