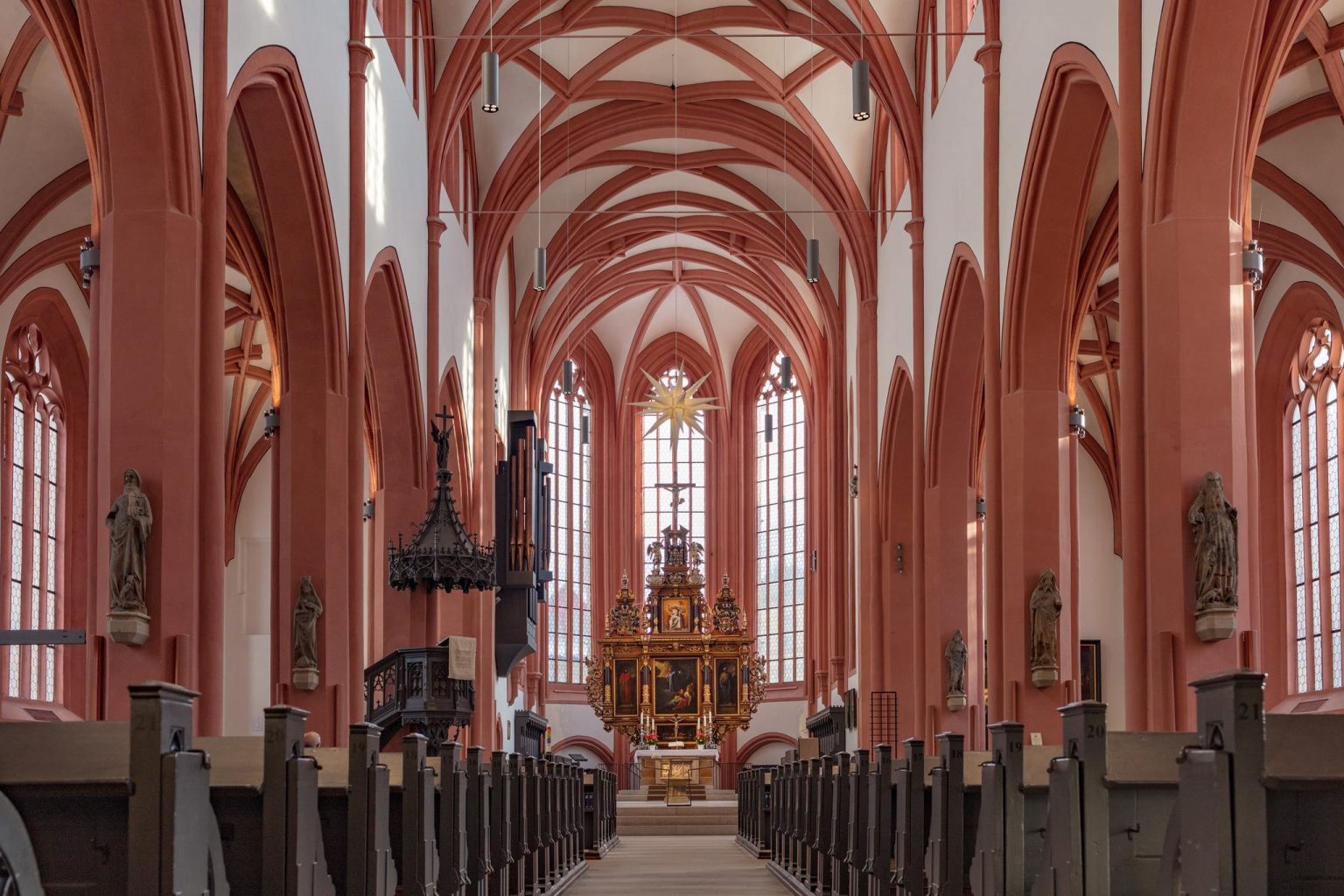 The City Church of the Holy Trinity, Bayreuth

The mother of the margrave churches

Since the very first church building in the 12C, the city church has stood in the centre of the town. Bayreuth is first mentioned in a document of 9th Nov 1194, presumably when that building was consecrated. When the church was in danger of collapse in 2006, it was a matter close to the heart of many Bayreuth folk: ‘Save our city church!’ On the first Sunday in Advent, 30th November 2014, it was ready to be re-consecrated in new splendour – exactly 400 years to the day after the consecration of the church following the city fire of 21st March 1605, when it was rebuilt in gothic style according to the old plans.
It was then the court church of Margrave Christian, who shortly before had moved his residence to here from Plassenburg in Kulmbach. He had the church built with a fireproof dome, which was successfully put to the test when there was another city fire in 1621. Only the large new organ, to whose inauguration the most famous organists in Germany had come, was destroyed by fire, and it was not until 1961 that such a magnificent instrument could be purchased again. It is the margravial box with its own entrance; the altar – donated by Margravine Maria and still in Renaissance style –with the coats of arms of the ruling couple; and above all the margravial vault beneath the choir area which make the Bayreuth City Church ‘the mother of the margravial churches.’
Nowadays the church is particularly impressive for its bright, spacious church interior. Much of its artistic furnishing was lost in the fires and was destroyed in the 19C, when people wanted to make everything gothic again. In addition to the altar, the font, dating from 1600, and ‘Küffner’s epitaph’,with the earliest town view of Bayreuth are worth seeing, and you can now go down behind the altar to the margravial vault.

The City Church of the Holy Trinity
Kirchplatz 1
95444 Bayreuth