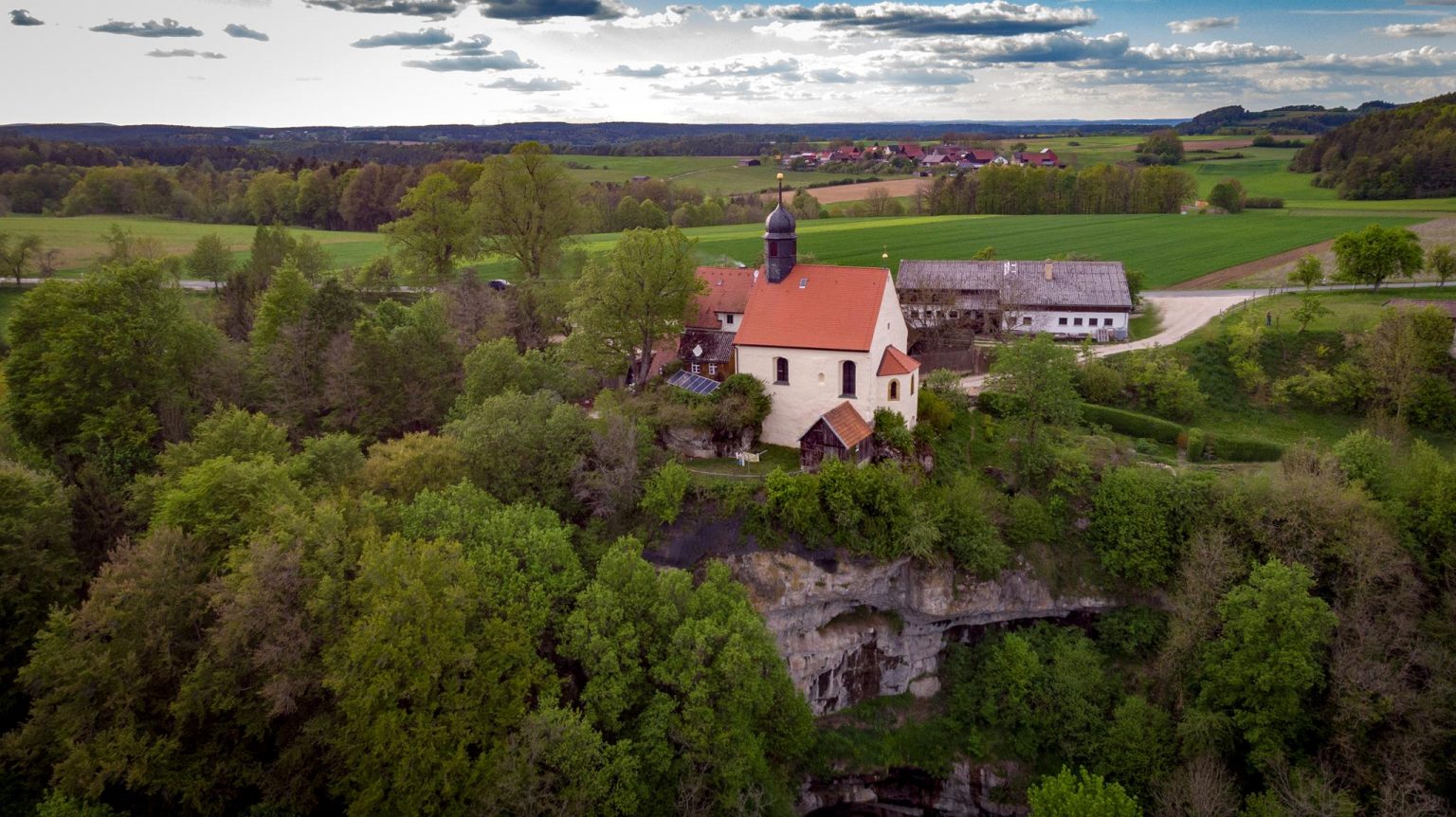 Pain and solace of the last member of the Rabenstein family

In 1723 the last lord of the castle, Johann Peter Albrecht von Rabenstein, to whom the castle now belonged , had the chapel restored and newly furnished. He had just lost both his sons and heirs to illness. And so the altar, carved by the catholic artist Johann Michael Doser from Auerbach is an expression of grief but also of solace. In the predella, where normally there would be a representation of the Last Supper, are the words: ‘Jesus’ suffering, pain and hurt will be my solace when I die.’ The angels with the instruments of Christ’s Passion – more numerous than in other margrave churches – remind us of Jesus’ suffering, but most of all of our salvation through Jesus’ death. St Peter, above the altar, unlocks the Gates of Heaven. And above that again, Heaven opens at Christ’s Transfiguraton. The picture of Whitsun on the pulpit may be connected with the dedication of the church at Whitsun in 1723, and tells us that without the Holy Spirit , all preaching is useless.
The church was painted in 1739 by Friedrich Herold and is colourful and cheerful. On the organ case ,made the same year, gold sparkles on a dark red background just as it does on the altar. Angels up on the organ case and on the gallery pillars look down and bring Heaven to earth. The ceiling painting shows the Adoration of the Shepherds, and and the figure of St Nicholas on the right near the altar dates from the end of the 15C.
A chapel dedicated to St Nicholas was mentioned here in 1139, and the place is named after him. The chapel, with its romanesque walls, is all that remains of the former Castle Ahorn, 60m above the valley of the Ailsbach. Its origins lie in darkness but its situation is magnificent.