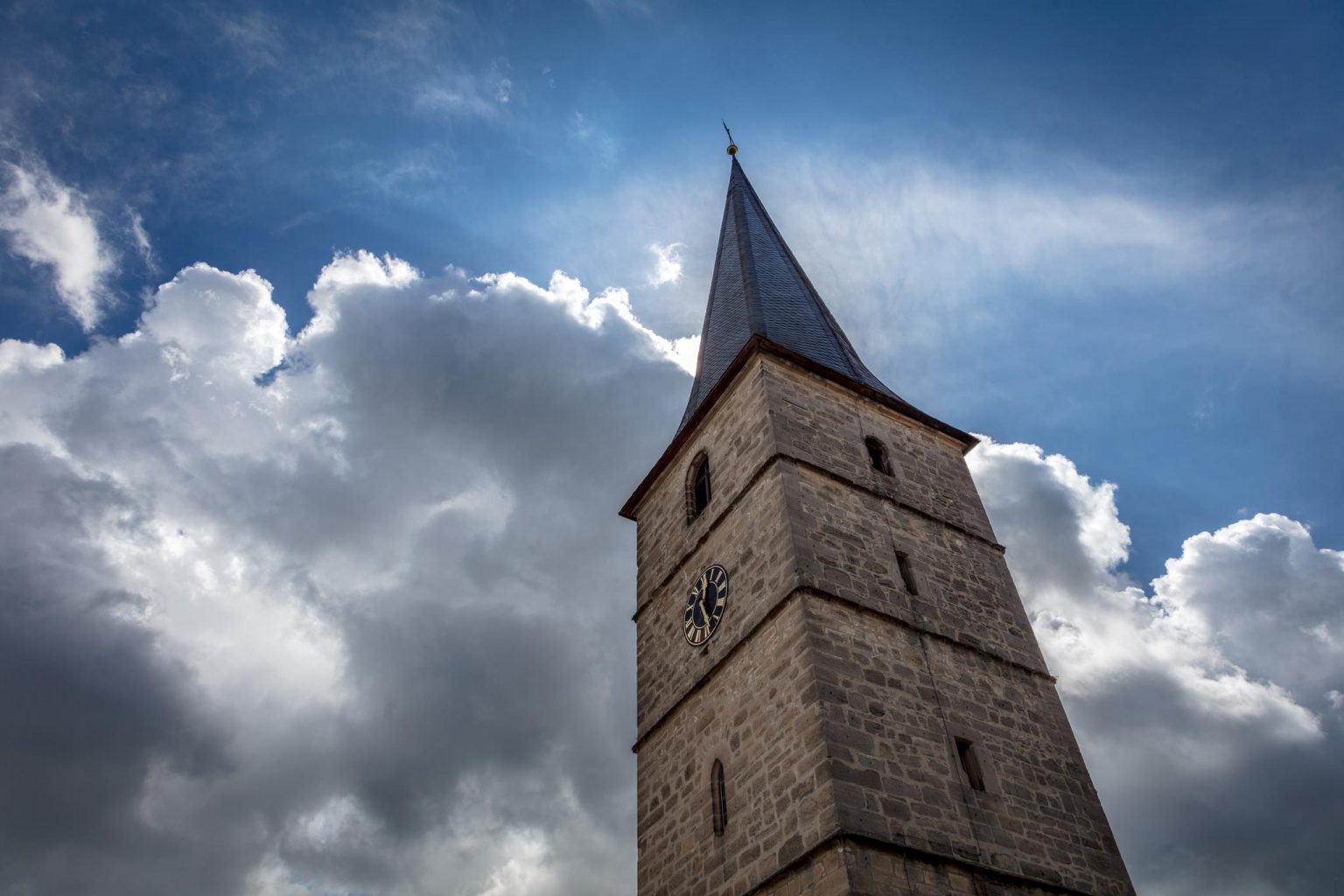 Hidden gem above the White Main

The church can be seen from a long way off, resplendent over the valley of the White Main. A long flight of steps leads up to the site of the former castle, and it is also accesible by road. After control passed in 1687 from the Wirsbergers to Margrave Christian Ernst, the little gothic aisleless church was rebuilt somewhat later as a splendid margrave church. Only the tablets with the twelve Apostles on the side walls, made in 1510, and a few holy figures are evidence of the great age of the church whose origins go back far beyond its first mention in 1303, maybe even to the first millenium.

The church interior is light and bright thanks to the big windows, a great deal of white, and the pastel colours. On the stuccoed ceiling, created by Johann Nikolaus Feeg, the halo of rays of light with the triangle and the Eye of God shines out in three places, surrounded by angels with bright wings and flowering twigs,with one of them bearing a red heart.The two angels on the organ loft urge us to ‘Glorify God…‘ In amongst the symbols of God’s glory, Margrave Friedrich had his own symbols placed: the initial ‘F‘ and the margravial coat of arms.The pulpit altar with Moses and Aaron, the Crucified and the Risen Christ was carved by Johann Gabriel Räntz around 1750. On the font, in ‘naive art‘ style, the angels with the instruments of the Passion are represented next to the Baptism of Jesus.