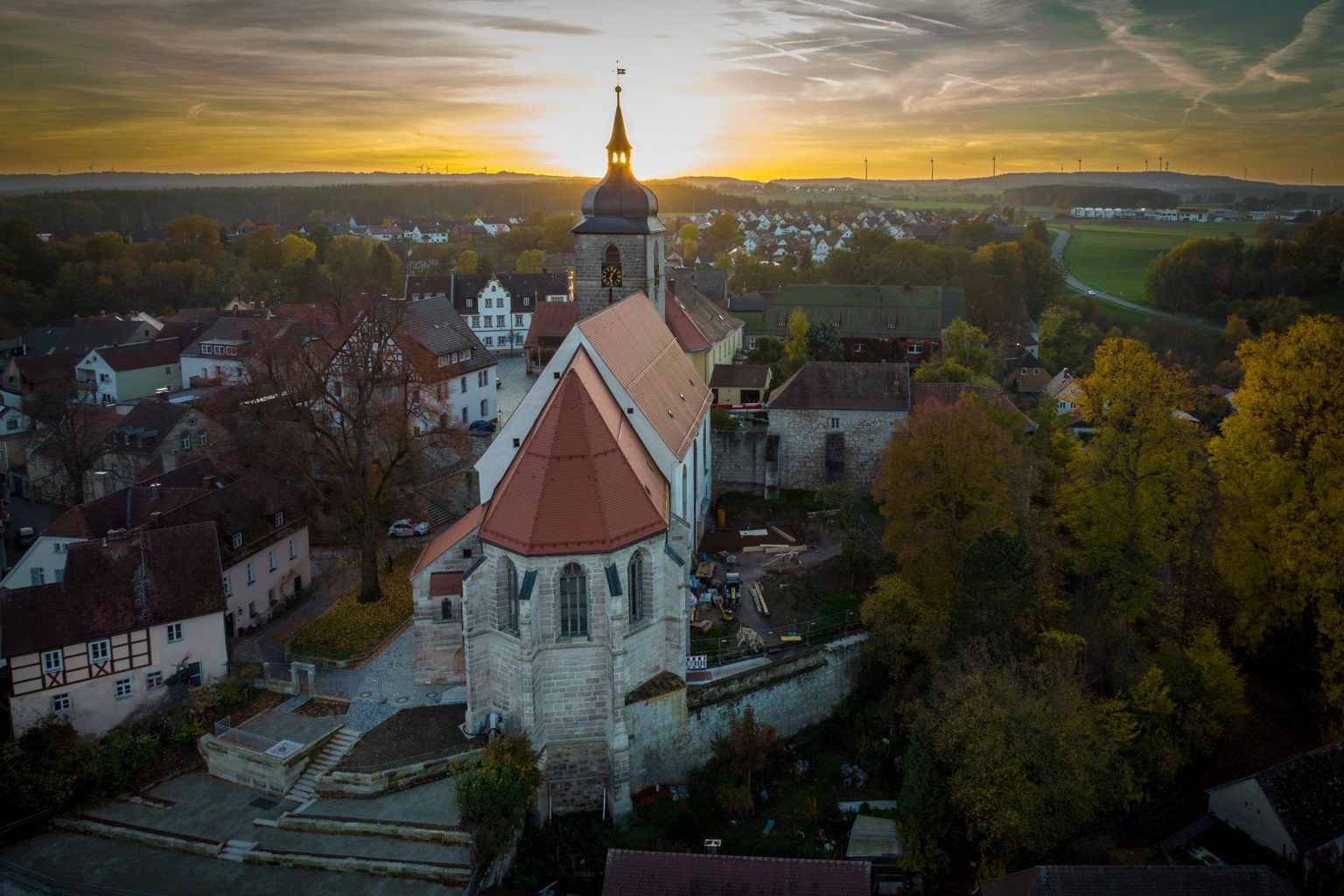 This church contains probably more angels than any other margrave church. Positioned on the galleries, they fill the space and bring Heaven to earth, surrounding the visitor on all sides. Above them, Heaven manifests itself in the stories of Jacob’s ladder, the Christmas story when God became man, and the Ascension of Christ. The angels sing ‘Gloria in excelsis’, and ‘Glory to God in the highest’, and ‘to God alone be the glory’ is seen near to Margrave Christian Ernst’s coat of arms on the chancel arch.This powerful piece of art is the work of the court stucco artist Bernardo Quadri.
The altar was designed by the court architect E.Gedeler. Above the Last Supper of Jesus with his disciples, the Descent from the Cross is shown, with Moses and John the Baptist as ‘forerunners’ of Christ to either side. God the Father and the dove of the Holy Spirit , together with the crucified Jesus, form the Trinity. At the very top of the altar stands St James, patron saint of the church, surrounded by the three ‘virtues’ Faith, Hope and Love. The figures from the baroque pulpit, created by Elias Räntz, are now displayed on the walls: the teacher and the risen Christ with the four Evangelists. Räntz also made the angels on the galleries, the processional cross and the group of angel musicians with King David and his harp from the former organ case.
The nave and late gothic choir date from the 15C, and the tabernacle near the altar is also a survival of this period. The foundation walls of an earlier church, destroyed in 1430 in a Hussite raid, still exist; they were built right into the steep mountain and out beyond the city walls.The very first chapel was probably already standing at the turn of the millennium when the castle of Creußen was first mentioned.