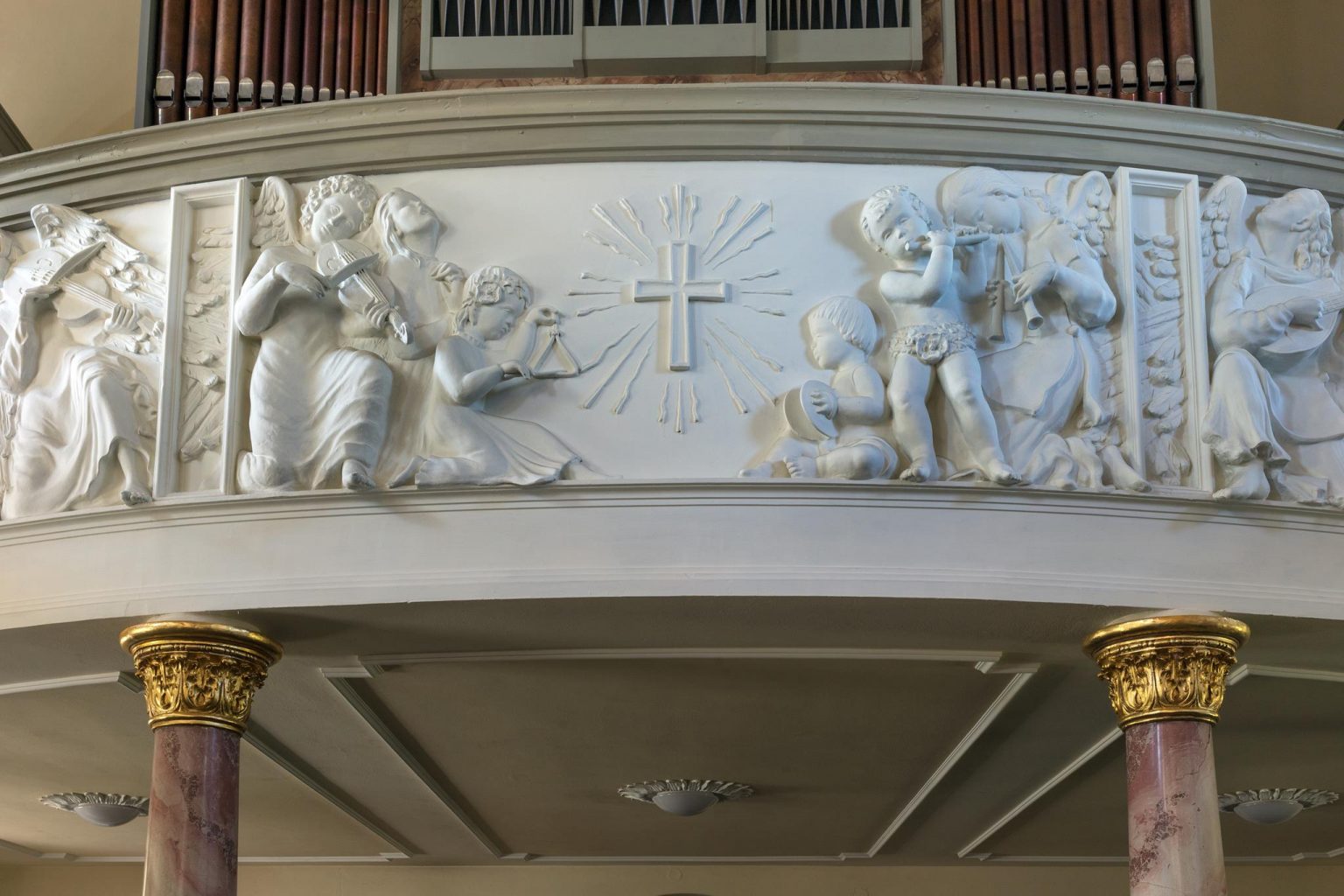 The mother church of the region

When you walk through the little park to the church and go inside through the main porch with the biblical symbols, you probably have no idea of the significance of this place. St Laurence’s was the original parish of the western Vogtland and had daughter churches deep into Thuringia and Saxony. The church, whose origins go way back beyond the first written records of 800 years ago, was destroyed , rebuilt and enlarged again and again.The baroque furnishings were removed in 1822, after the church had been used as a hospital for French prisoners of war.
The most valuable work of art is the late gothic winged altar (end of the 15C), donated by Hertnid vom Stein and which came from St Michael’s church. In the central panel, Emperor Henry 2 and his wife Kunigunde hold up a model of Bamberg Cathedral, whilst the donor, the priest of Hof and a dean of the Cathedral, kneels beneath it. The present interior with its classical-style pulpit altar was created in 1882, and then added to in 1947/8: the stucco coffered ceiling; the artificial marble on the pillars;the symbols on the lower gallery and in the chancel; and the choir of angels on the organ gallery– all in white, complementing the green and grey of the marble.