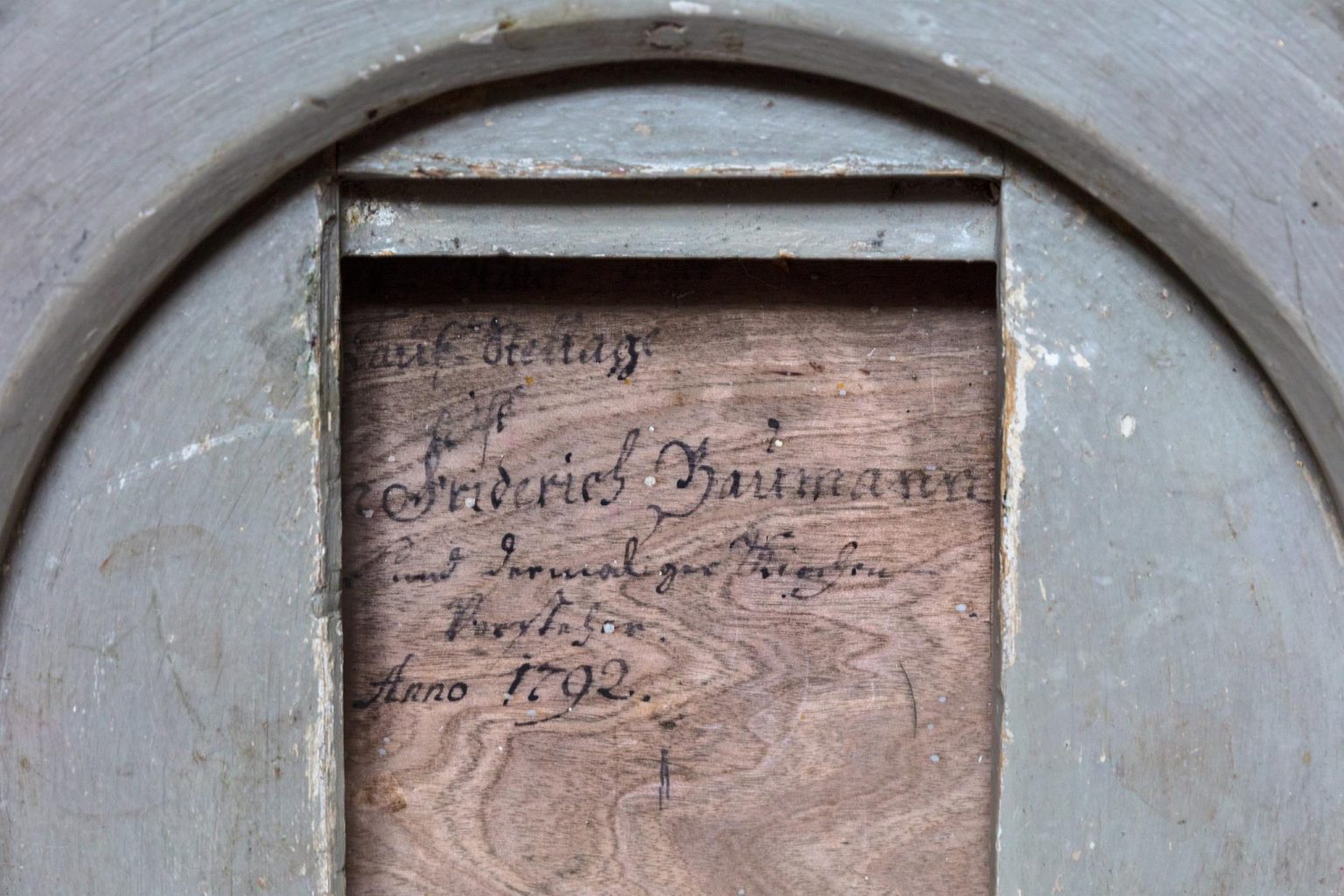 The parish church of St. Maria Magdalena, Ebersdorf b. Ludwigsstadt

Flowers for the celestial meadow

The inside of the church is completely covered with brightly coloured flowers painted on the pillars, the vase-shaped banisters of the galleries, the supporting beams and the ceiling.
In the middle, set amidst the baroque decoration , a dove glides down in the centre of an oval halo of rays of light. Instead of clouds, it is surrounded by flowers, and it carries in its beak an olive branch. The symbol of the Holy Spirit becomes the Dove of peace.
In 1909 the church was in such a dismal state of repair that it was going to be demolished. But the priest and committed members of the congregation made sure that it was renovated and painted in baroque style. The paintings of the Last Judgement on the chancel arch survive from the 17C and warn against eternal damnation.The angel above the organ dates from the rebuilding as a margrave church (1739-1740). He proclaims God’s holiness with ‘Holy, holy, holy’ and a flaming sword. Just behind the tall triumphal arch, the pulpit altar, doors and windows near it and the organ above close off the late medieval chancel. This is in the base of the tower, the oldest part of the church. In the Middle Ages, a ditch, hedges and walls made the church into a genuine castle.
Also worthy of note are the balconies with arches on the balustrade of the upper gallery: were they ‘gentlemen’s boxes’ even for ordinary men? And the font which dates from 1792 contains a note with the donor’s name, hidden in a secret compartment beneath the baptismal bowl.