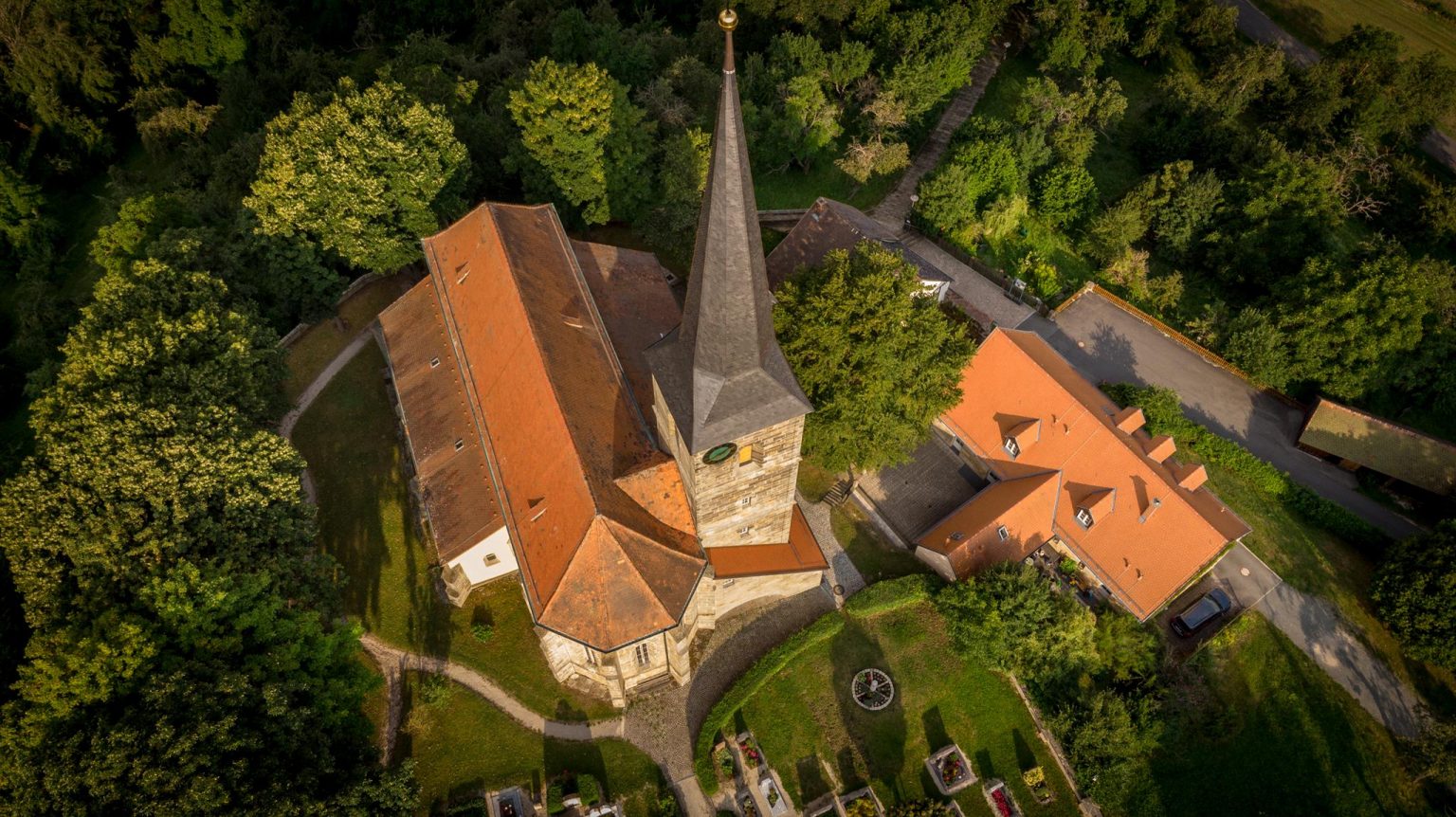 Crown of the Hummel region

From the hill beneath the Sophienberg the view extends over the villages of the Hummel region across to the Fichtel mountain range and to the Franconian Switzerland. The gothic castle church sits as if enthroned above the Bayreuth countryside, and its towers are said to have been gilded in the past, shining like a crown. According to legend, Mary, the mother of God, sat down nearby to rest (Gesäß/Gesees:’Seat, bottom’). The pilgrimage up to the church continued to exist even after the Reformation.
The interior of the church, with its pointed arches, vaults and roof bosses is clearly gothic, and there are also some paintings of Mary in good condition. Unusually the floor of the church climbs up to the chancel, which is considerably raised. The baroque decoration dates from the margrave period and was continually added to: the altar by Johann Brenck with the Ascension of Christ in the centre; the confessional, the galleries with scenes from the Bible (with dinosaurs’?), the organ case and the initials of Margrave Alexander.
The smallest of the four bells dates from 1306 and is one of the oldest in the whole of Upper Franconia; the second oldest, from 1417, also survived the Hittite attack in 1430, and in addition narrowly escaped being melted down in the 2nd World War.