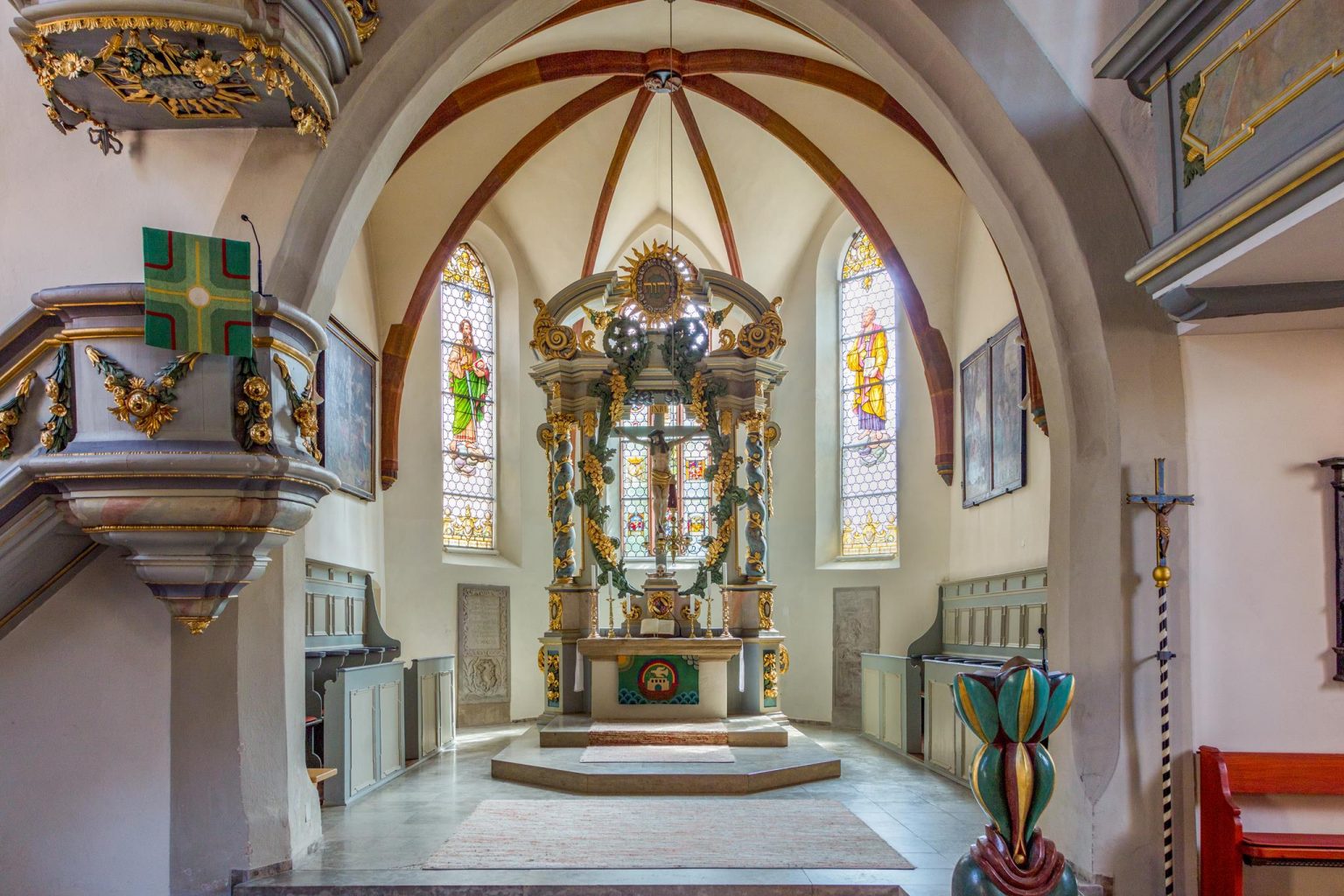 Town church of the most Holy Trinity

Once upon a time, St Michael’s chapel stood on the Michaelsberg above the town. Maybe it was even consecrated by St Boniface, the missionary of Franconia. Down below in the town, the counts of Nuremberg Castle had the town church built on an old trade route in 1248. During the course of history the house of God burnt down five times, and there are now only a few original romanesque remains surviving in the base of the tower.A baroque nave was built on to the gothic chancel, and enlarged several times into a spacious interior.
Around 1700, the pulpit with its ‘crown’ was made, as were both the patrician’s box directly opposite it, with direct access to the new castle, and the sandstone font. The large pewter baptismal bowl with details of its donor measures 80cm across. Light streams towards you through the altarpiece with its great crucifix, and above it shines the golden halo of rays of light, in the centre of which is written the Hebrew name for God: ‘Jahwe’.
The epitaphs or gravestones of the governors on the walls are witness to Nuremberg’s rule. On the west side in the oldest part of the church, the ‘ringing chamber’, there is now a prayer room, which is also in memory of those who died in war.