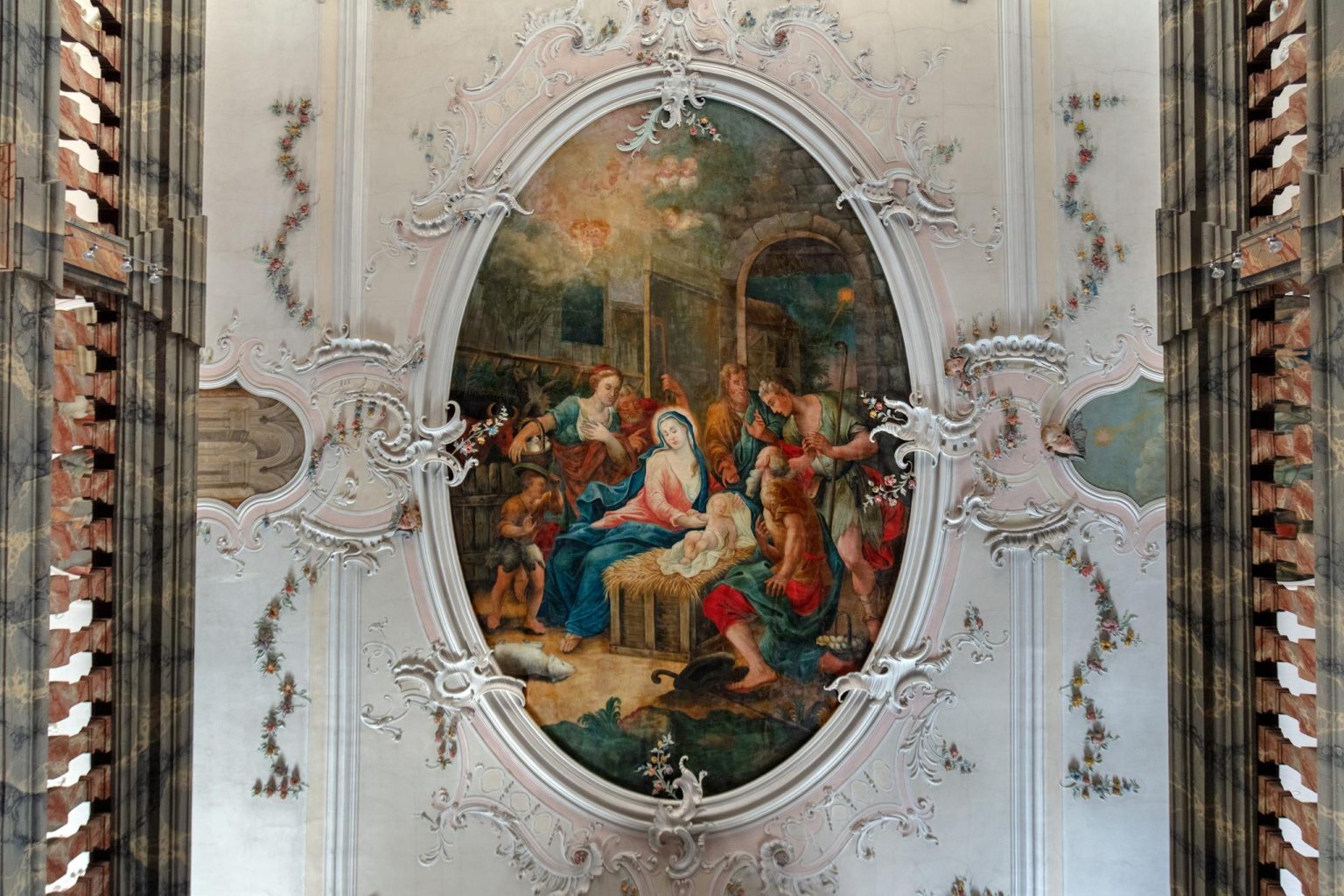 The precious legacy of a benefactor

Georg Christoph von Gravenreuth was a fan of Margrave Georg Wilhelm. On the anniversary of the church’s consecration on St George’s day, he is said to have decided to donate to the young ruler’s new town ‘a hospital with a little chapel next to it in St George’, as it says in his will. It’s easy to miss the ‘little chapel’ with its tiny tower, as it is built into the façade of the former hospital, a sort of old people’s home. But once you are inside, you are greeted by a baroque jewel – small, but lovely.
The pulpit altar, and the organ above it, is encircled by the two-storeyed galleries which run around the church. The four Evangelists, shining in gold and metallic colours and made by the then renowned sculptor J.J.Martini frame the altar. The curved pulpit, on a grey background, emerges from between green marbled pillars. Above, the Lamb of God is resplendent in a golden halo of rays of light.
The stucco ceiling made by the court stucco artist J.F.Andreioli is a particularly notable work of art: angels, flowers and rich ornamentation surround the oval ceiling painting of the Nativity. The inscription with the coat of arms of the donor is now on the door on the left, near the altar, where in former times the inhabitants could come in easily, when they used to come to church twice a day for prayers.