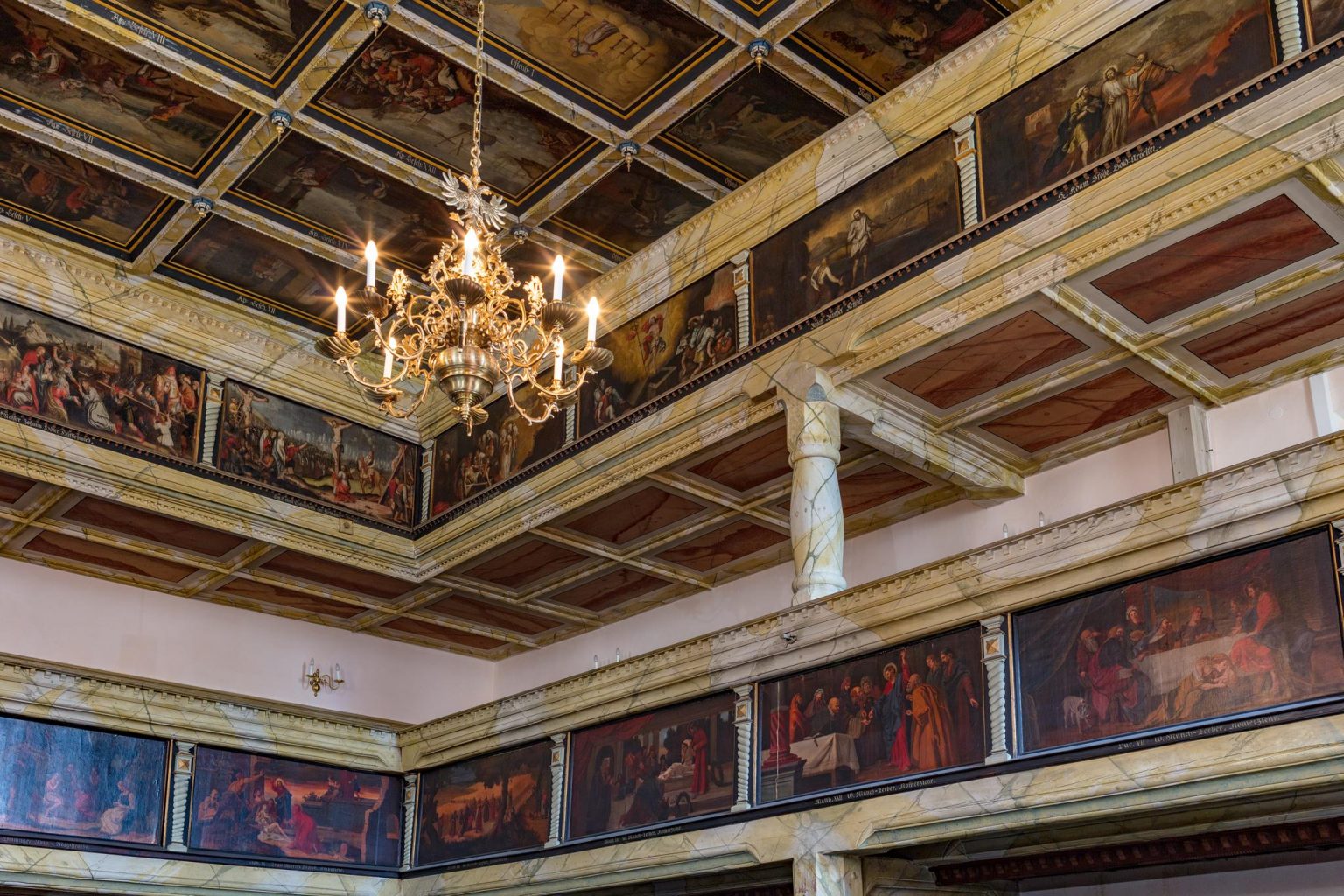 Covered in paintings, the interior of this church makes a unique impact. It all began in 1688/9, when the Hof painter Heinrich Andreas Lohe was given the contract to paint all 90 panels of the coffered ceiling with biblical scenes. He based them on examples in both the Marian Bible and the Osiander Bible. On many panels names of donors and guilds can be found. As the paintings were so popular, the painter was permitted to furnish the upper gallery with scenes from the Passion of Christ, and the organ loft with angel musicians. The paintings on the lower gallery date from 1905 and are in far worse condition than those of the 17C. The pulpit roof, with its imposing representation of the bronze serpent of Moses, was made by the Hof sculptor Johann Nikolaus Knoll in 1693.
The church was destroyed in the Second Margrave war, then rebuilt in 1557, when it was given the late gothic Marian altar by Michael Heuffner. This masterpiece was made for St Michael’s church as a side altar in 1511, but was no longer needed there after the Reformation. As the hospital church lay outside the city walls, both it and the altar escaped the city fire of 1823.
An epitaph representing the healing at the pool of Bethesda shows all the grounds of the hospital, which was founded in 1260, and which with 46 ‘hospital residents’ at that time was a large institution, subsidised by the Bishop of Bamberg.The picture also shows the sick as well as their spiritual and civic benefactors.