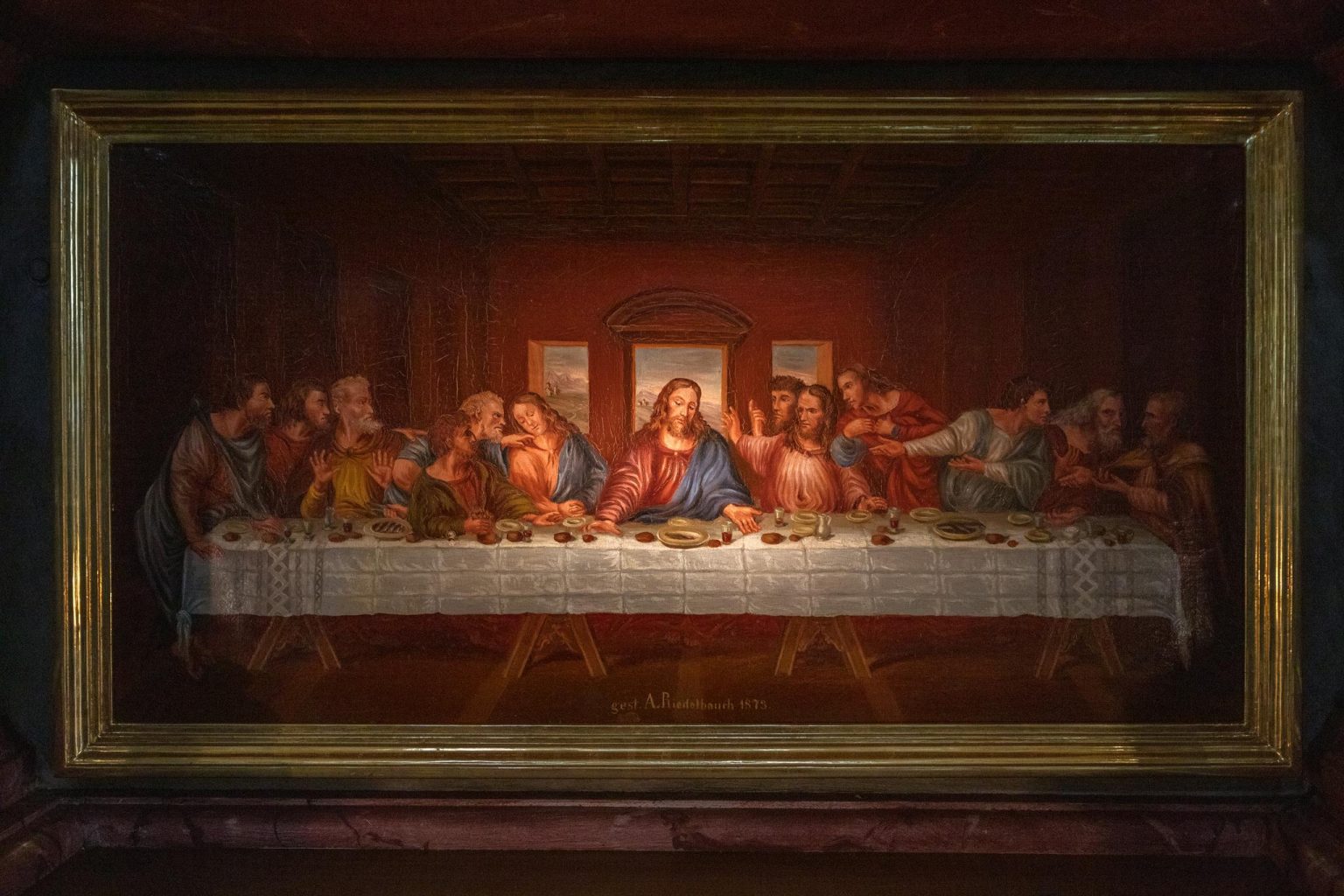 With the pulpit altar which ‘Picture-carver Knoll’ from Hof was able to make as early as 1700 the church would have had one of the first examples, but in fact it was only put back together again in 1973. In 1872 everything was ‘cleansed’ of its baroque furnishings in a so-called ‘purification’. The angels and the communion rail were removed; the baptismal angel ended in flames, supposedly because the priest’s robes kept catching on the outstretched wings and superstitious folk would keep adorning it with necklaces. The pictures on the gallery fronts were painted over and not revealed again until 1953. Artist Georg Radius from Röslau painted scenes from the Nativity to the Last Judgement in traditional style, while his son Johann  David Radius created the ceiling painting. This shows the Ascension of Christ , in which Christ, wearing the red robes of a sovereign, enters into heavenly glory wearing a halo of rays of light.
The pulpit altar was moved into the chancel arch in order to create a large hall for the congregation (aisleless church). The picture of the Last Supper on the altar, the organ above and behind it on its own gallery, the font in the centre of the church, and the double gallery on three sides – all of this makes Röslau a typical margrave church.The focal point is the proclamation of God’s word, seen clearly in the Bible verse on the chancel arch: ‘Blessed are those who hear the word of God and obey it’. There are perfectly natural explanations for the occasional appearance of water droplets on the gravestone of Susanna Sybillavon Waldenfels. Even though its origins go back to the 13C it was never a pilgrimage church, but nowadays it is open daily to visitors.