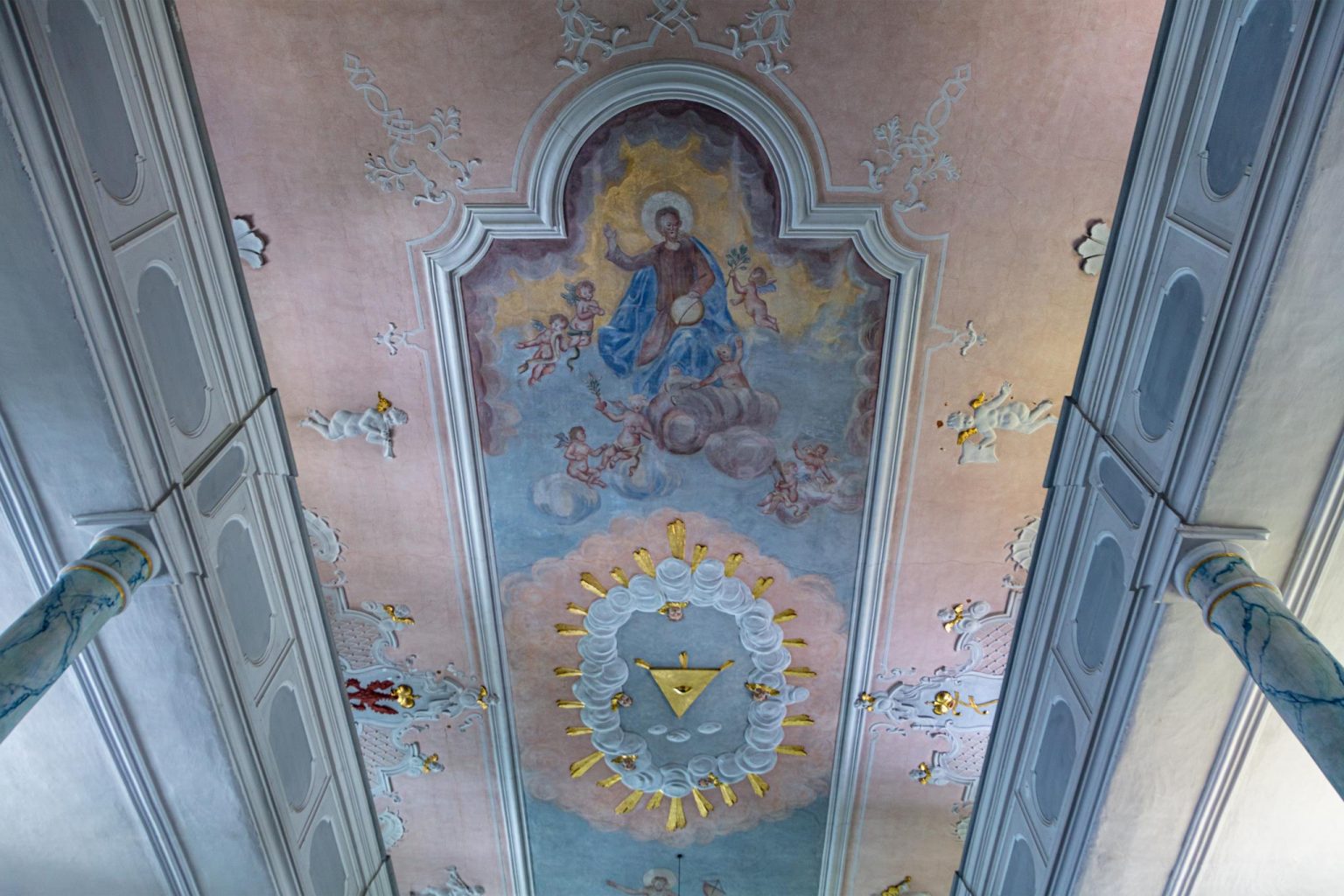 Margravine Wilhelmine was there in person at the consecration of the present St John’s church on 26 June 1746. The margravian coat of arms with the monogram of Margrave Friedrich is resplendent over the artistically decorated entrance, which bears the date of 1743, the year that building began. And inside, the initial F and the red Brandenburg eagle indicate to whom the temporal power belonged. Spiritual power though is due to the Risen Christ, represented in the ceiling painting on either side of the golden triangle with the halo of rays of light. Little angels with flowers, a heart and the instruments of Christ’s Passion surround it.
The splendid pulpit altar was completed in 1744 by the Hof sculptor Wolfgang Adam Knoll, and then painted in 1776 in white and gold by the court painter Sebastian Friedrich Müller from Kulmbach.He was instructed to copy the Palace Church in Bayreuth when painting the altar, the organ and the galleries. In the predella, an inscription warns us to use communion with due respect. Above the Risen Christ, who stands on the pulpit roof, female figures show a cross and a chalice as symbols of suffering, and an anchor as a symbol of hope and faith.
The different building periods of the church are reflected in the font,  and the 12C sandstone base dates from the very first church building. The 1647 bowl, with its pictures of the husband and wife donors, is a reminder of the rebuilding after the church was destroyed on 1st February 1633  during the Thirty Years’ war. The prayer bell still rings today at 2 pm in remembrance. The font cover has a representation of Jesus’ baptism with baroque figures.