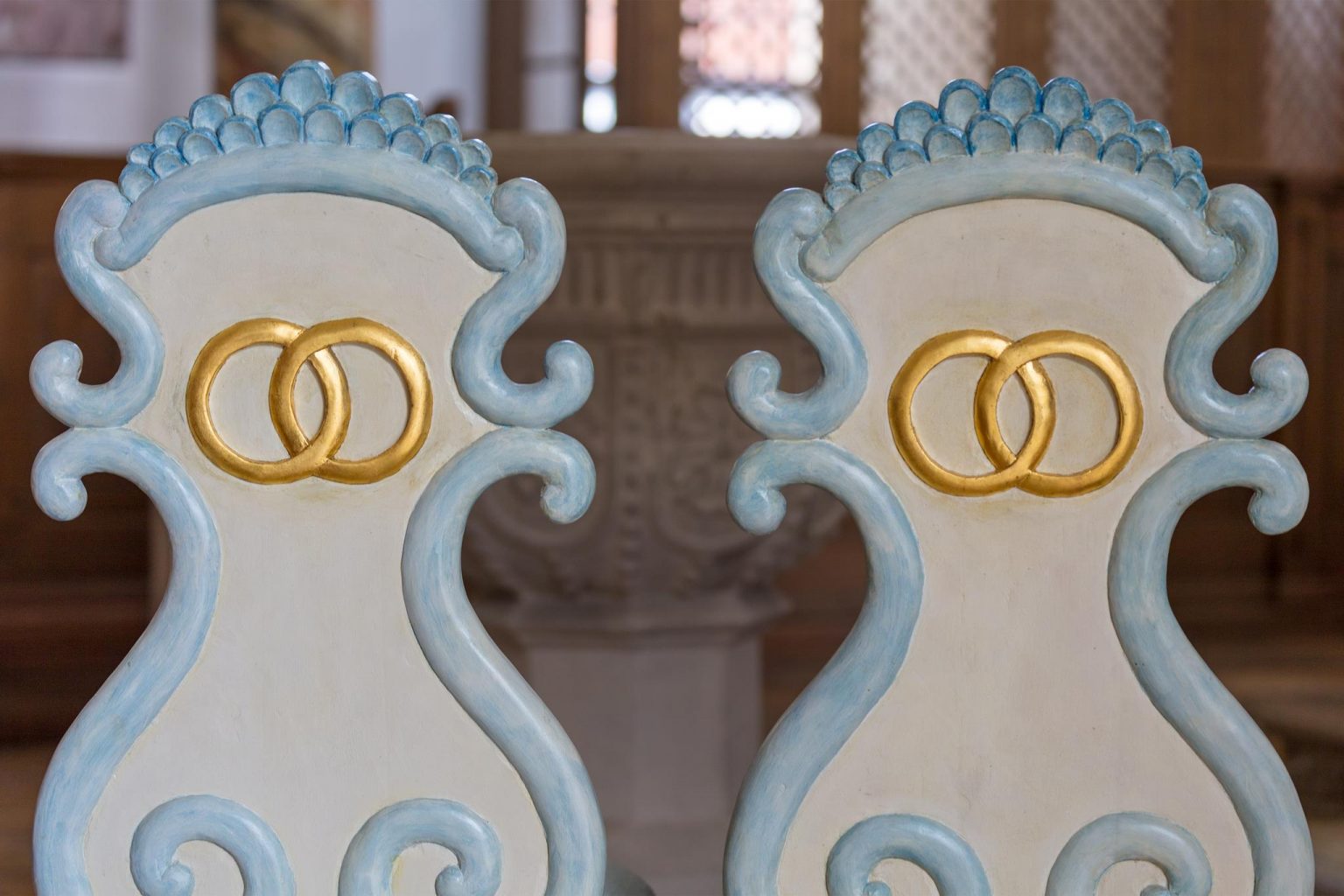 In 1806 the evangelists in Unterrodach at last got their own church, which was built around a catholic chapel. Before that, the evangelists,who were actually in the majority, were forced to go to church in Fischbach where they had their own gallery. An anchor and a model of a raft are reminders of the log transportation using rafts on the Rodach river which used to be so important for this place. The picture of the Last Supper on the body of the pulpit was donated by the families of raftsmen – unlike in other churches, the Last Supper of Jesus with His disciples is not in the predella directly above the altar table. The raftsmen also paid for the neogothic baptismal font.

The pulpit altar, with the eye of God in the triangle and the halo of rays of light, is in ‘margrave’ style, and the triangle is also seen shining out of a blue Heaven on the church ceiling. On the organ with its baroque case, two angels with trumpets flank the initials of the local nobility.The oldest of the three processional crosses of 1712 was probably taken from one of the neigbouring evangelical churches. It is splendidly worked and its dedication reminds us that all must perish.

Outside, St Michael’s church is also an impressive sight, with its elaborate doorways and its facade on the street side.