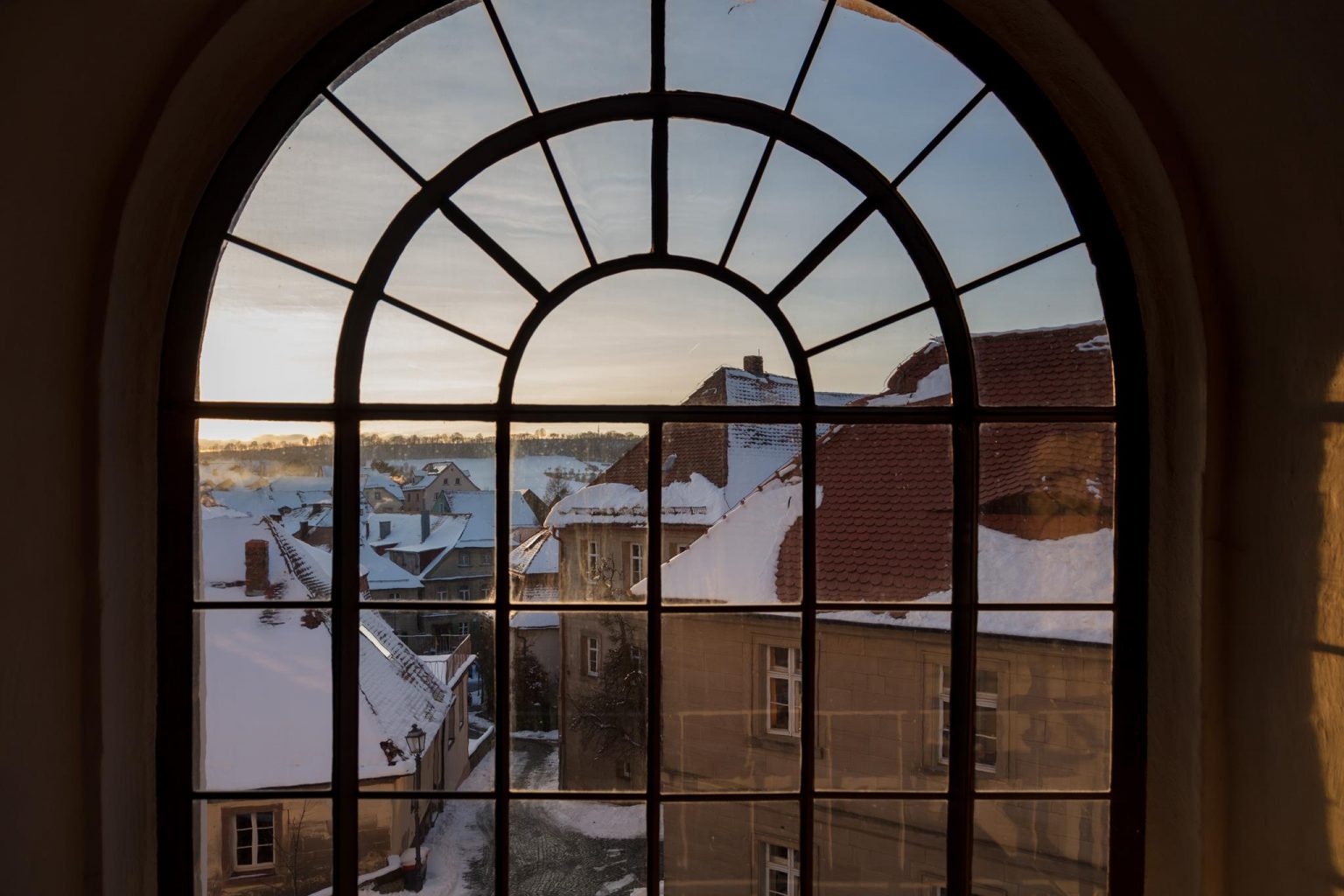 Situated on the Gurtstein, a rocky promontory in the centre of the town, the church can be seen from a long way off as it rises up over the Steinach valley. As was the case in many places ruled by the nobility, a chapel was built near to the castle at the height of the Middle Ages. And like many others in this area it was destroyed in the Hussite war of 1430; was then rebuilt in Gothic style as a parish church and then was severely damaged in the Thirty Years’ war (1618-48). It was not until 1713 that a new church could be added to the tower which had remained standing. As there was no money they were forced to keep the Gothic fittings to start with, and it was not until 1769-81 that they were in a position to furnish the interior as we see it today.

As soon as you enter the church your eye is drawn to the pulpit altar with its six blue pillars with golden capitals. And to all the rest of the gold: the women below on the left and on the right. They symbolise misfortune, through which man should prove hmself, and the crown of life, victory over death. The large angels up on the altar who are praying to Christ on the Cross also wear golden robes, though in fact  this was added later. The coat of arms of the margrave is resplendent above the pulpit with its magnificent drawn-back curtains.The organ on the opposite side matches everything perfectly,both in colour and style .

A special feature of the church are the ceiling paintings, done by a Bayreuth court painter. In the centre is the Nativity.The blue heavens open and God’s glory appears above the impoverished scene.The baptism of Jesus in the river Jordan and the Last Supper frame the Christmas scene.The Red Indian in the baptism scene presumably is also a part of the ‘blue wonder.’ And one further speciality: the three processional crosses with their many angels.