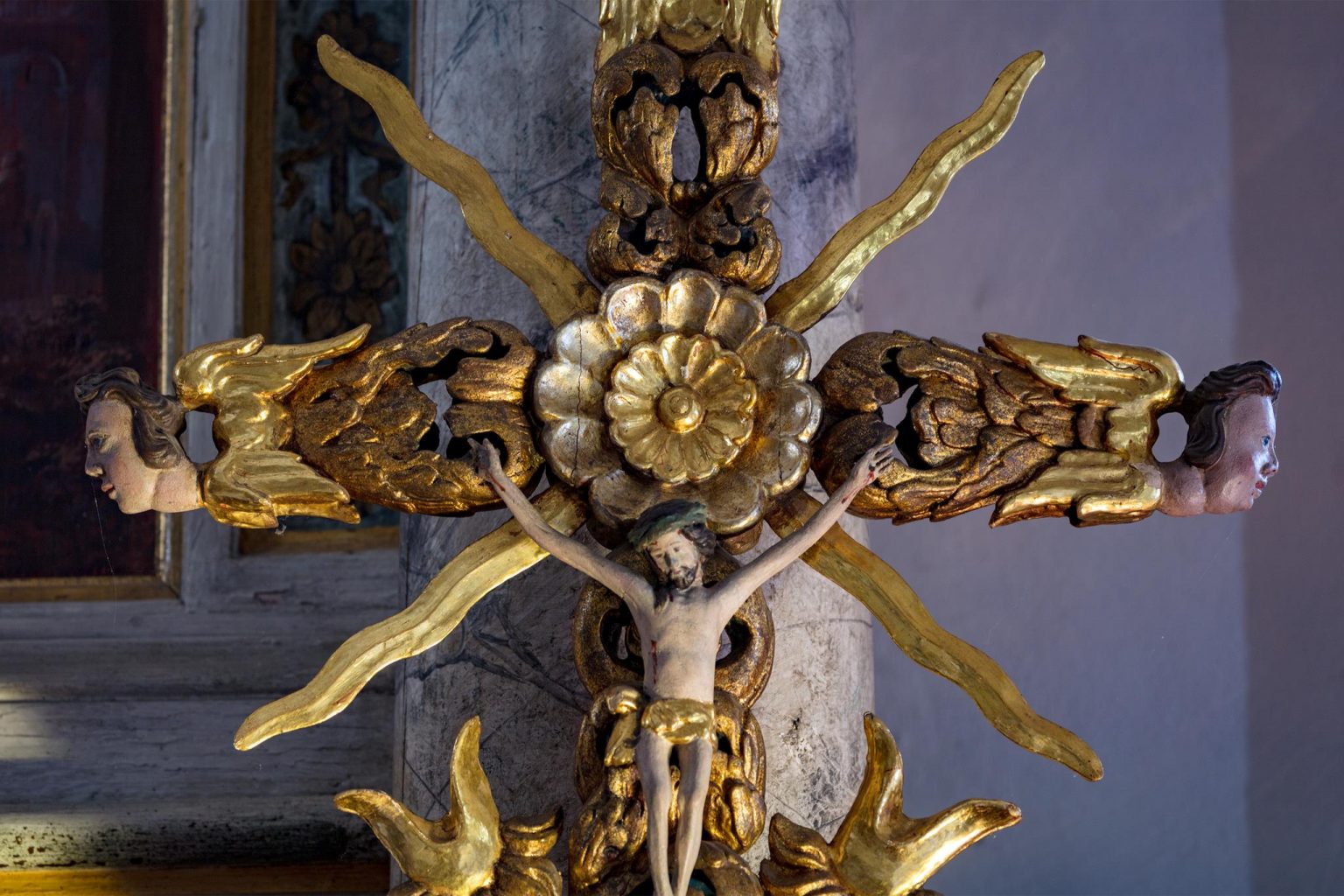 Selection of pictures across the centuries

In many cases it’s impossible to say for sure when all the paintings were created. The whole of the church interior feels like a richly decorated picture Bible. Many of them date from 1497 when the church was enlarged and the late Gothic chancel was built. In 1651 the first galleries were built in, and it’s possible that the paintings on the boards which were cut up and used as flooring for the second gallery came from those first galleries.The present gallery pictures with their many biblical scenes and inscription were not painted until after the new wooden galleries in the choir and nave had been constructed in 1715 and 1729/30 respectively. This is confirmed by the dates next to the donors’ names.The vault was not repainted until 1955, in baroque style, with angels proclaiming the glory of God and playing musical instruments, and with brightly coloured floral arrangements. On the chancel ceiling a circle encloses the Holy Trinity. And so a church rich in paintings with late Gothic rib-vaulting and baroque double galleries, which even extend around three sides of the chancel, was created.

Next to the chancel arch is the pulpit with the figures commonly found in margrave churches: the Saviour Christ and the four Evangelists on the body of the pulpit, and the Risen Christ carrying the flag of victory on the pulpit roof. A similar wooden sculpture of the Risen Christ was integrated into the later neogothic altar. On the lower beams of the upper gallery –  in some cases in very elaborate writing – the names of the men who had bought the seats directly beneath can still be found.