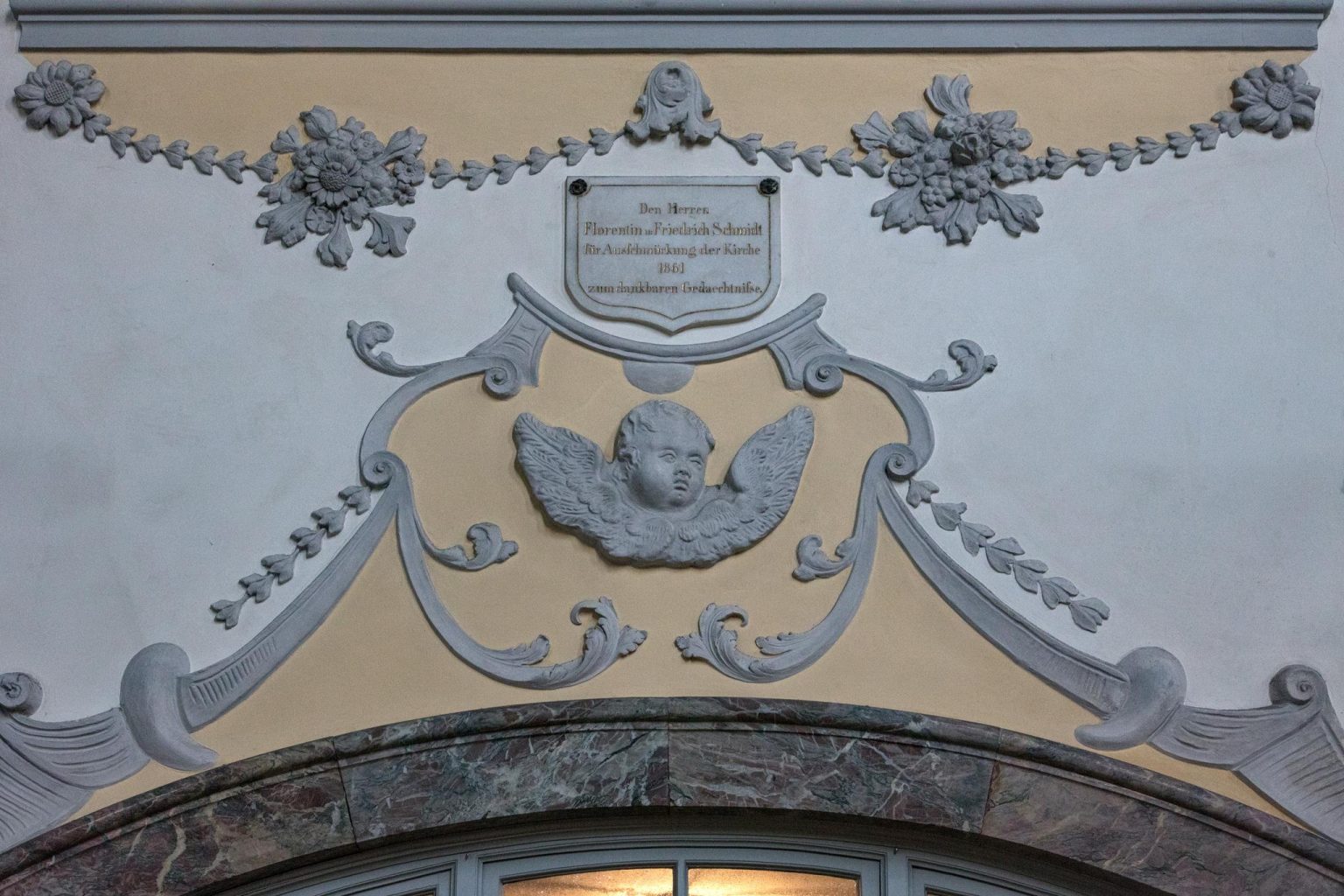 Risen from the fire

On several occasions the main church of the Wunsiedel deanery district, founded in 1568 along with the others looked after by superintendents of the margravian ‘uplands’, fell victim to fire. The Gothic church created from a castle chapel burnt down in 1476, but the citizens of the town invested everything they had to rebuild their church as quickly as possible. It took on its present imposing external appearance after the fire of 1731. The plans were drawn up by the agricultural inspector, Johann David Räntz, and the tower and nave were covered in granite. As a margrave church, the interior was richly furnished in baroque style, of which sadly only a single angel’s head on the handrail of the pulpit stairs now remains. Then in 1903 the church was struck by lightning and burnt down again, all except for the tower. Twenty years earlier, in accordance with the thinking of the time, the pulpit altar had been taken apart and the altar picture, showing Christ in the act of blessing, had been built into the altar. When the fire took place, courageous men were able to save the painting, the work of Franz Simm, Professor at the Munich Academy.
When the church was rebuilt once more in 1904/05, it was created once again in  baroque style with double galleries, the large organ in its richly decorated case, ceiling paintings with the Ascension of Christ in the centre, and artistic stucco decorations. When it was renovated in 1954, the colour scheme was dictated by how the baroque church looked when it was consecrated in 1739, and so nowadays the church looks just like a splendid large margrave church.