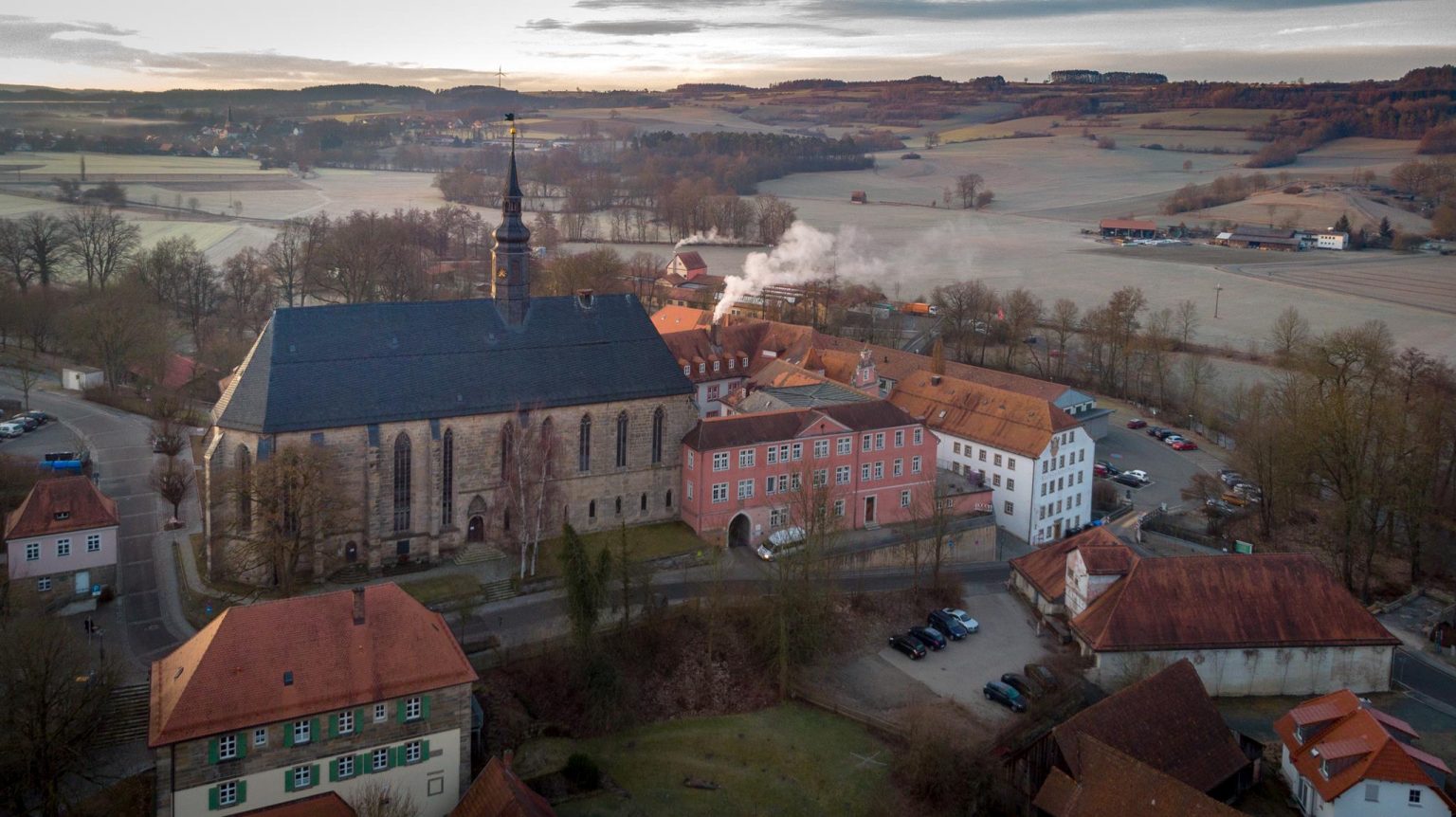 Between convent and hunting lodge

In the cloisters, angels playing on traditional instruments tell the story of the former convent church in gothic works of art, intricately carved from sandstone. The abbess of the Cistercian nunnery, Elisabeth von Künßberg, had this masterpiece built in 1473. Her gravestone is to be found in the church amongst the many slabs there, some of them very valuable and artistic.
The angels on the ceiling of the church, far less delicate than those in the cloisters, are evidence of the baroque alterations. Margrave Christian Ernst had the church redesigned by his architect Antonio della Porta after 1698. The heavy stucco ceiling was made by Bernardo Quadri , whilst the pulpit altar with the four Evangelists is the work of the court sculptor Elias Räntz. They carry open books on which are written the words of communion. Compared to the angels on the altar, the figure of the risen Christ seems small.
In the convent church museum in the former nuns‘ choir, there are late medieval works of art, an embroidered wall hanging of 1621 which belonged to Margrave Christian, and the processional cross used at the burial of Georg Friedrich Karl. It was his son Friedrich who had the cloisters demolished when he converted the nunnery into a hunting lodge – all except for the wing with the angel musicians.