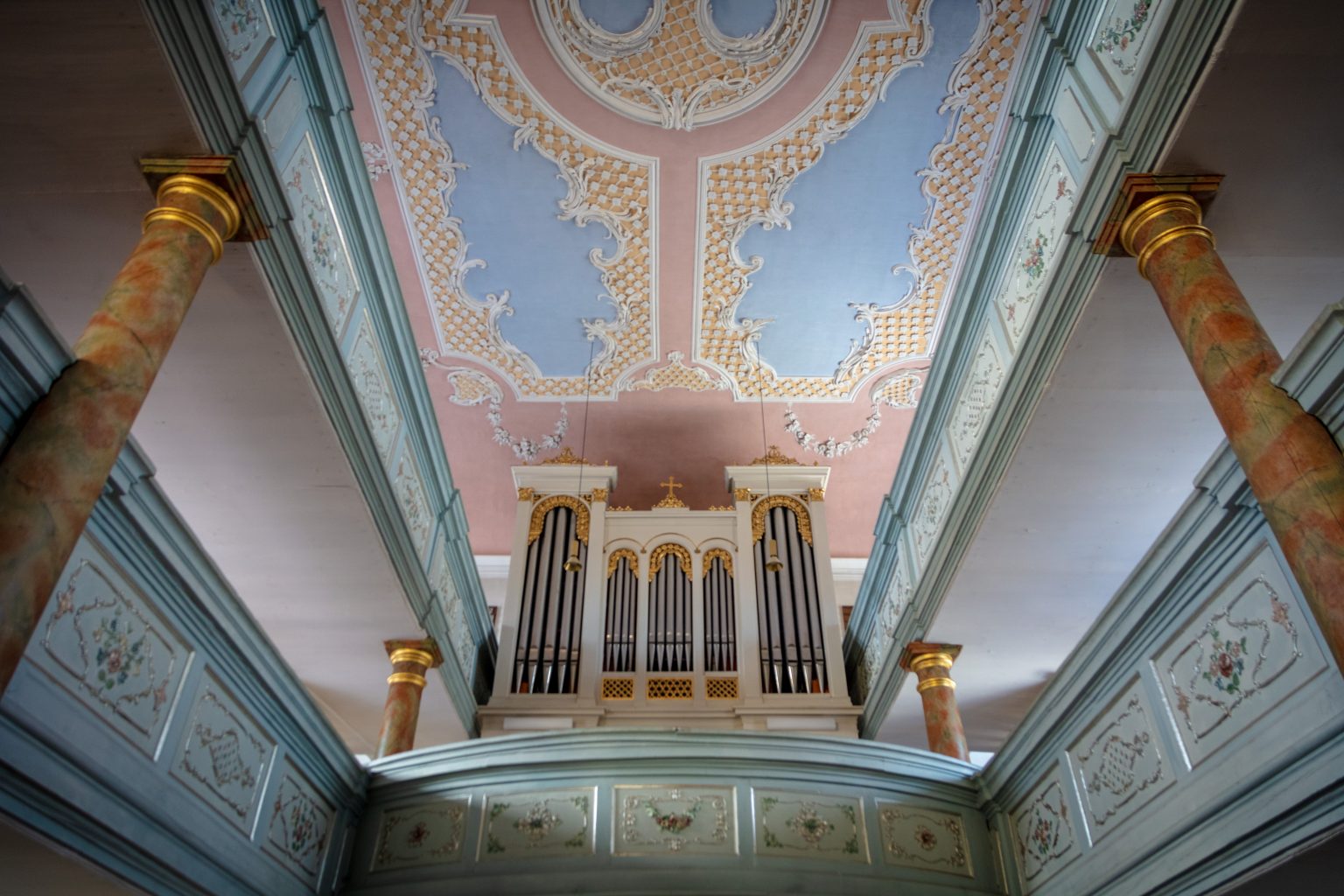 Nearby in the palace park the Sun Temple shines, but in St John’s church all honour is due to the triune God.
As in most old village churches, the choir area is in the basement of the tower. This part of the old fortified church over the Red Main river still exists, and with it the gothic vault and the late medieval frescoes; the ‘wise and foolish virgins’ and the four Evangelists. Here they are shown as symbolic winged figures, but around the baroque pulpit altar they are shown as people with open books and the same symbols.
The initial ‘F’ on the roof of the pulpit is testimony to the nave’s being built between 1741-1745 under Margrave Friedrich. But the highest position belongs to the Risen One with the flag of victory, surrounded by a magnificent halo of rays of light, who bursts through the clouds. All is the work of the court sculptor Johann Gabriel Räntz. The font angel with the scallop shell is kept deliberately androgenous.
The heavens open through stucco decoration above the congregation. White and golden beams shine on a discreet blue background. Four angels hover around the golden triangle with the Eye, which looks down with a friendly expression. Flowers decorate not just the ceiling, but the galleries too, in silvery glowing colours, harmoniously and symmetrically arranged, yet every panel different and individual. They show the joy of creation and are a foretaste of Heaven.