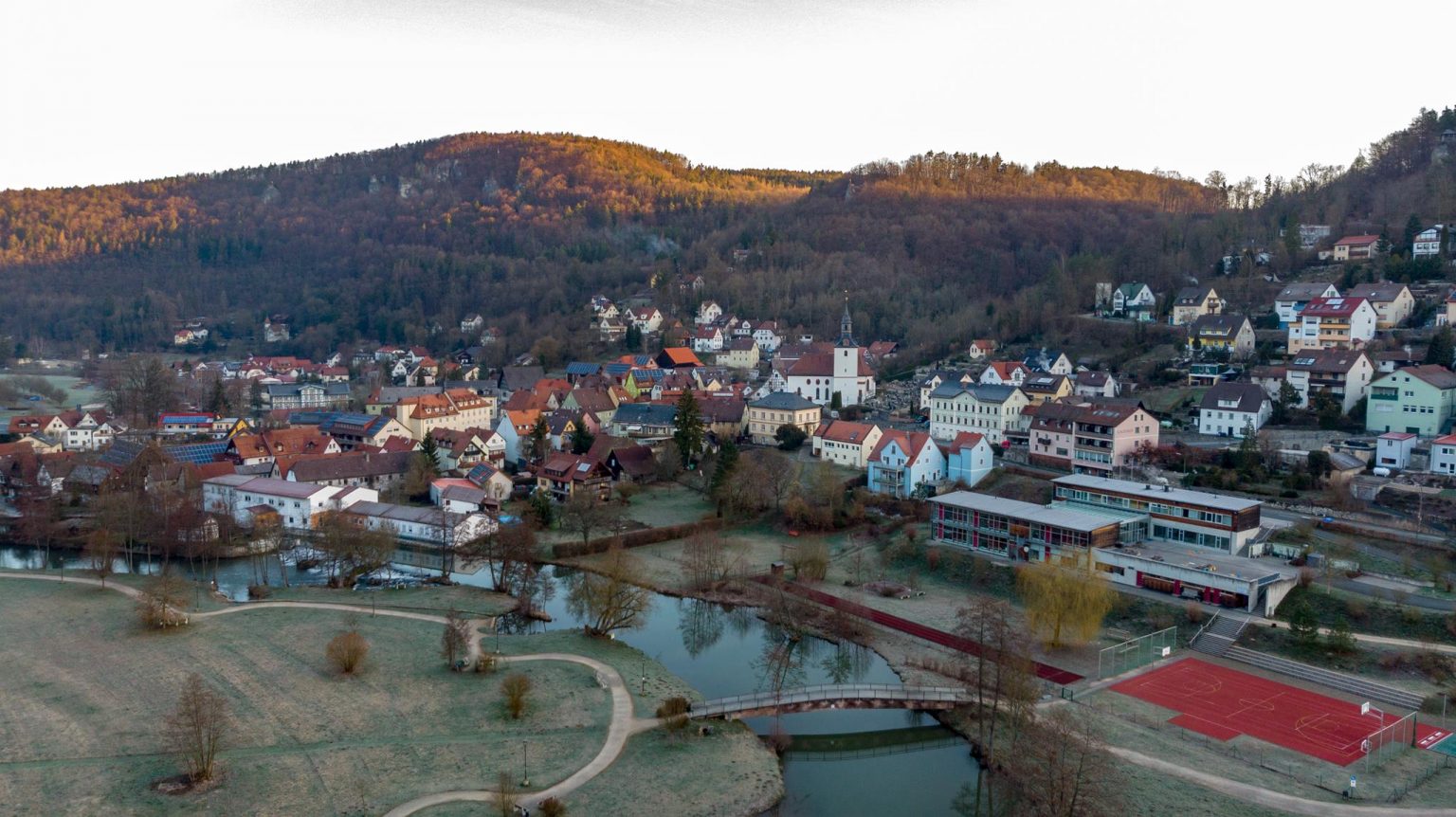 The Holy One at the centre

It was in Muggendorf that students from Erlangen first began to discover the Franconian Switzerland in the 19C. They told people about the wild, romantic landscape and attracted the first tourists here. But the church of St Laurentius with its mighty tower had been standing in solitary splendour on its hill for a very long time before that. Whereas in many margrave churches the ancient figures of saints had been relegated to the attic or moved to the side of the altar, here the statue of the patron saint, made in 1661, takes centre stage on the altar. St Laurentius wears the liturgical vestments of a catholic dean, and this was only just after the religious war. Like St Pater and St Paul nearby, he is a witness to the belief in Jesus Christ the Resurrected, who stands above him. The Crucified Christ on the gallery opposite the pulpit is surrounded by a band of angels and God the Father, holding a globe in His hand, points down to Him from the clouds.
After the former late Gothic church was destroyed in 1632 during the Thirty Years’ war, an artist from Kulmbach – possibly Johann Brenck – made the altar for the new church in 1661. The font of 1667, decorated with fruit and heads of angels, supports a ceremonial ‘crown’ displaying a great deal of gold. When the church was renovated from 1785 onwards, more light was introduced by removing the rear wall of the altar and inserting the typical round windows. In 1805 the whole church was painted in one colour and the gallery paintings of the 17C were painted over. Some of them have been preserved and can be seen now on the lower gallery. The chandelier, formerly the only source of light in the church, also dates from that time.