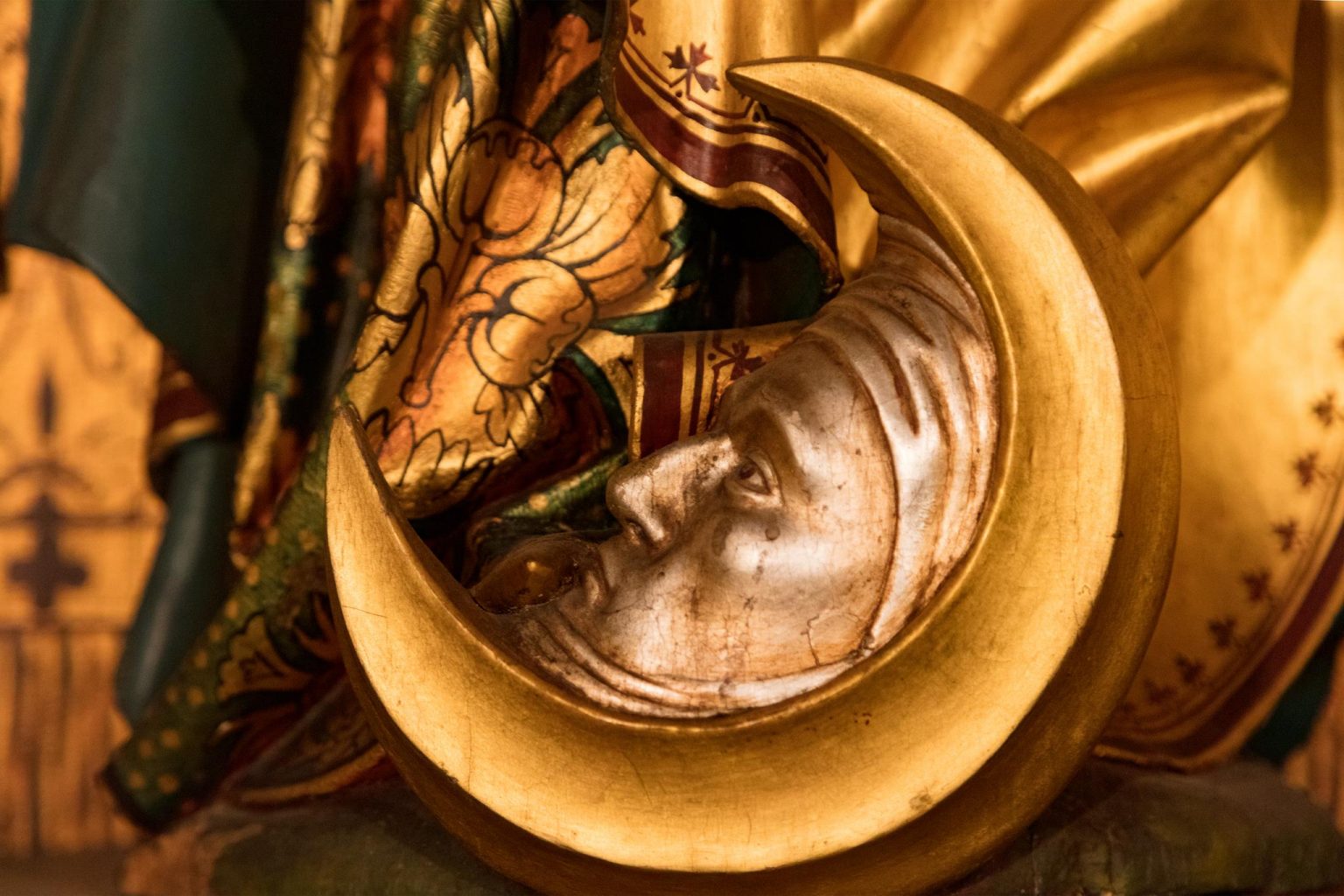 This church is especially worth seeing for its ‘Holy Helpers’ altar, painted by Matthias Grünewald in 1503.When closed, the fourteen saints can be seen on the two altar panels; when open, wooden carvings can be seen which came from the workshop of Michael Wohlgemut, where Grünewald worked as a young artist. In the midst of the saints, Mary stands as Queen of Heaven with the baby Jesus in her arms. It is possible that the ‘man of Sorrows’ on the reverse of the altar is also by Grünewald. After a fire in 1684, the parish of Bindlach gave the poor people of Lindhardt this work of art which has since become famous.

The church itself is considerably older, being consecrated around 1130.The 15C ceiling paintings in the chancel with the four Evangelists have been uncovered again, and there are gravestones which survived the fire as well, such as that of A.Groß von Trockau, which dates from 1490. Under the patronage of Margrave Christian Ernst the church was then furnished in baroque style with a double gallery (although that was stripped of its bright colour in 1926), a font by Elias Räntz and a lovely processional cross from a Kulmbach workshop.The intriguing memorial to the priest, Father Degen and his wife (‘a sovereign amongst beautiful women’) dates from a little later. In the sacristy are a few fragments which are all that remain of its elegant, brightly coloured rococo stucco. Here, too, certain elements were destroyed during the new Lutheran rejection of the baroque style, and the church lost its friendly atmosphere.