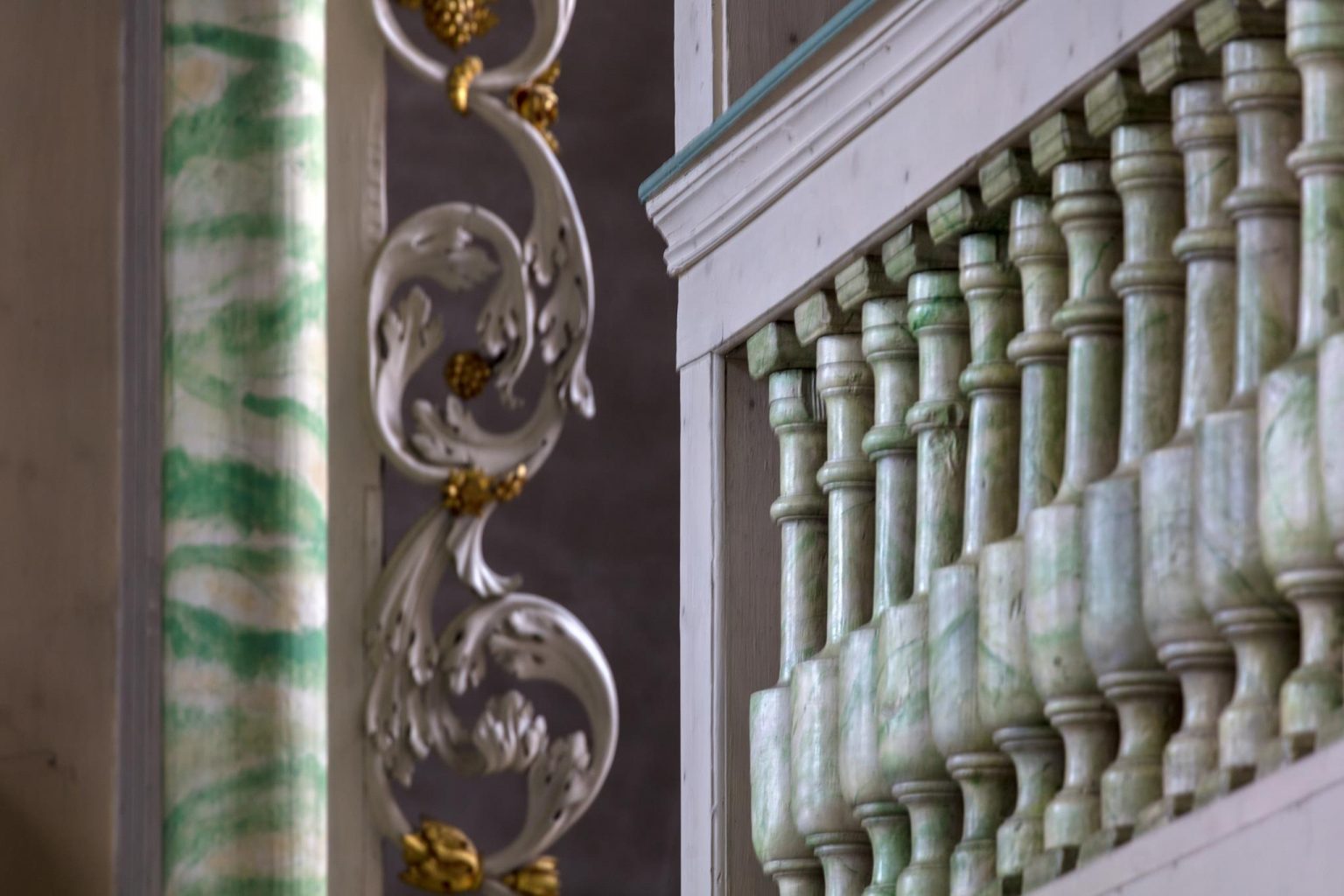 The mighty tower of the medieval church still stands. It was heightened in 1571, and in 1791/2 the sober yet very handsome body of the church with its high galleries was built on to it. The green colouring which prevails throughout the church lends the spacious interior a special atmosphere.
The pulpit altar takes up nearly the whole of the wall, and lifesize figures of St Peter and St Paul step forward on either side of the pulpit and point to the preacher. Angels hold back the curtain and God himself steps forward and speaks via human words. On the roof of the pulpit, the Prussian eagle and the initials of the Prussian king Friedrich Wilhelm II indicate that the margravate of Brandenburg-Kulmbach had just become part of Prussia. The two praying angels near the golden triangle with the three tongues of fire of the Holy Spirit show us to whom the highest honour is due: the triune God.
A number of the tombstones of the von Orlamünda and the von Thüna families carry figures , some of them even larger than in real life, which are very interesting artistically and historically because of their costumes.