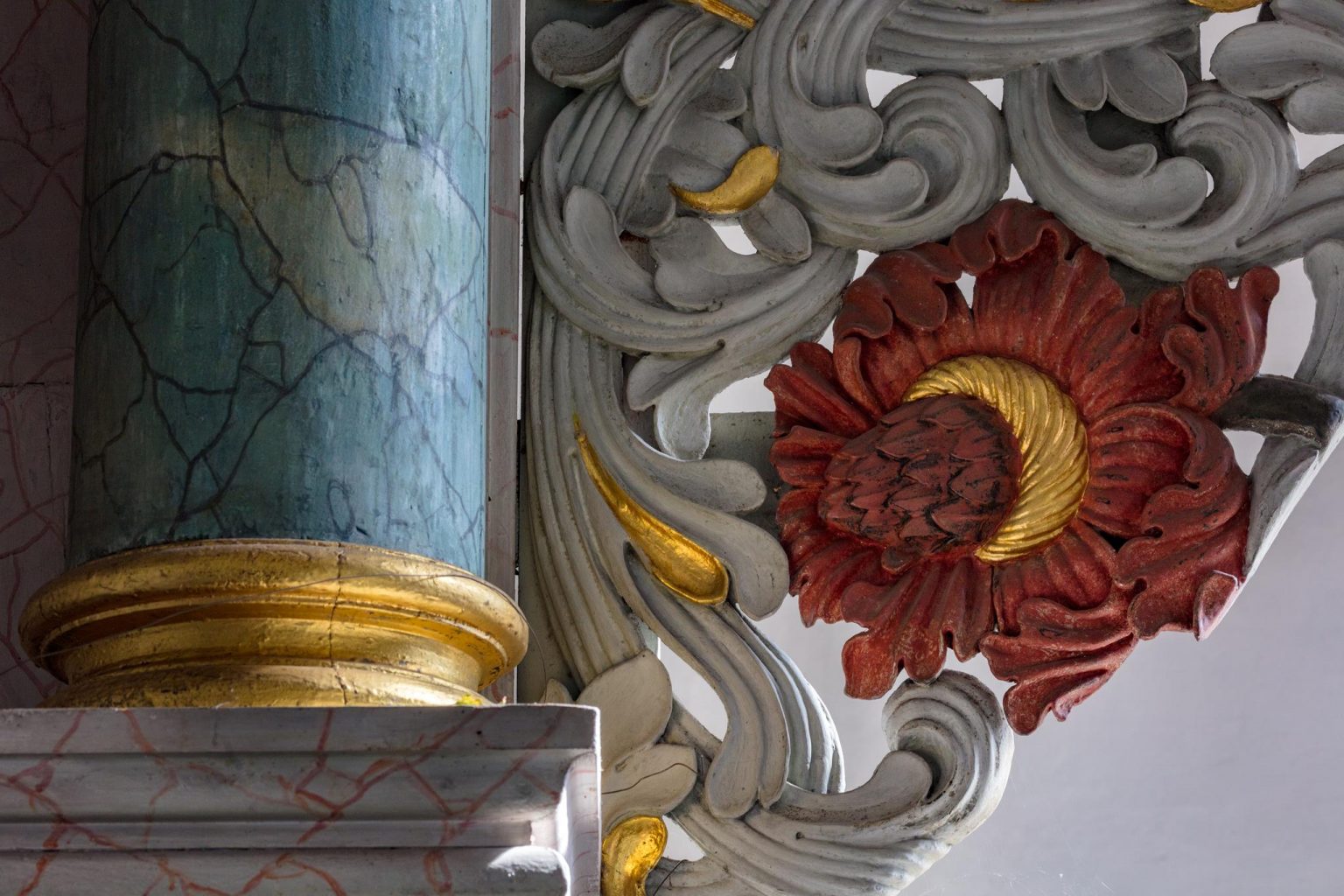 The sun below the castle

On the south wall of the nave , rebuilt in 1787, the sundial shows the daylight hours once more. The coat of arms of the Lords of Thüna and of the margraves indicate Castle Lauenstein above.The former lord of the castle Friedrich von Thüna played an active part in the Reformation and helped to organise Luther’s abduction on the way home from Worms in 1521.During the margrave period the castle served as the seat of office.

It was during this period that the medieval church, of which the tower still survives, was remodelled as a margrave church.In the bright, friendly interior a golden sun is resplendent up on the pulpit altar above the red Brandenburg eagle, and surrounds a triangle, sign of the triune God. Contained within are not only the three tongues of fire but also the Hebrew word for God: ‘Jahwe‘.The elaborate coat of arms of the von Thüna family which are displayed on the front of their former ‘box‘ came from the earlier church on this spot which had fallen into disrepair, as did more importantly the pictures of the four Evangelists with Jesus Christ, Light of the World, in the centre (1606). The ornamentation on the altar and on the organ, with eye-catching, brightly-coloured imaginary flowers was taken from Lauenstein church, but the two angels, whose colours blend in so well, came down from the castle, but not until 1930.The castle has stood up in splendour on the mountain since 1150, though there is no mention of a church until 1381.

The parish church of St. Nicholas
Orlamünder Str. 35a
96337 Ludwigsstadt