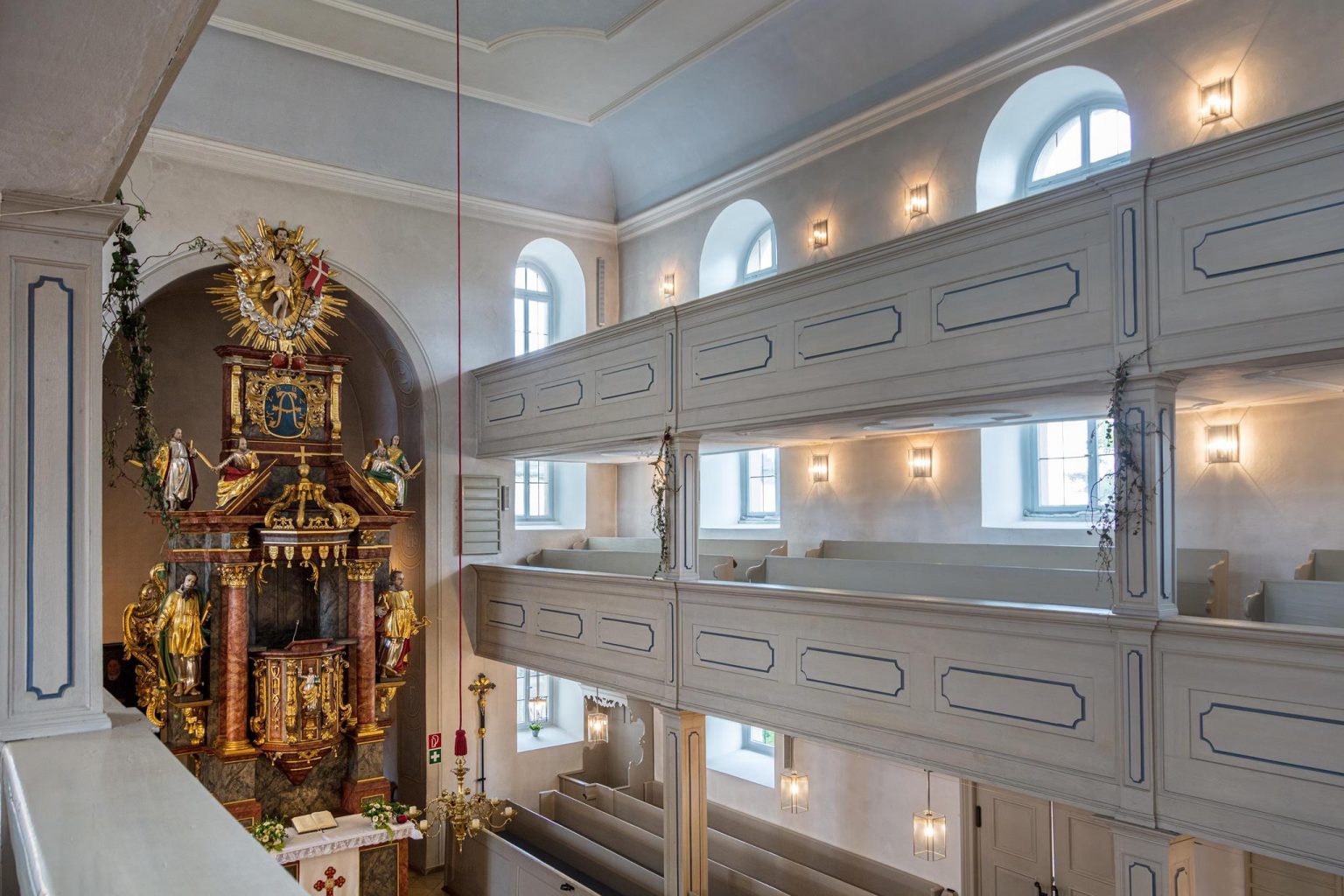 Jewel on the motorway and long-distance footpath

When the first chapel was recorded in 1408, Plech lay on the trade route from Nuremberg to Prague, and it was dedicated to St Nicholas, patron saint of travellers and pilgrims. Nowadays the market town is next to the A9 motorway. After beng attacked by the Hussites, the church was rebuilt and dedicated to St Susannah, the young woman in the Old Testament who was very nearly the victim of a sexual assault.As the margravate bordered the free city of Nuremberg, Margrave Alexander had the letters ‘B.Z.N’ (Burggraf von Nürnberg:Lord of Nuremberg castle) added prominently to his initial ‘A’ over the chancel.
Within the church, Jesus Christ sets the tone. He leads the way, portrayed on the processional cross on the way to His death. Above the margravial initial, the risen Christ greets us, carrying the flag of victory, set within a halo of rays of light just as he is shown on the cross. In the centre of the body of the pulpit, the Saviour Christ stretches out His hand in blessing., The four Evangelists up on the gable bear Him witness, as do St Peter and St Paul.
The Bayreuth sculptor Johann Caspar Fischer created the pulpit altar in 1731, and it was transferred to the new building which was consecrated in 1784. During the building of the church there were arguments with the priest Fr.Johann David Möckel, whose portrait can be seen behind the altar.The two confessionals on the right and on the left bear the date 1782. Forgiveness of sins opens the gates of Heaven.