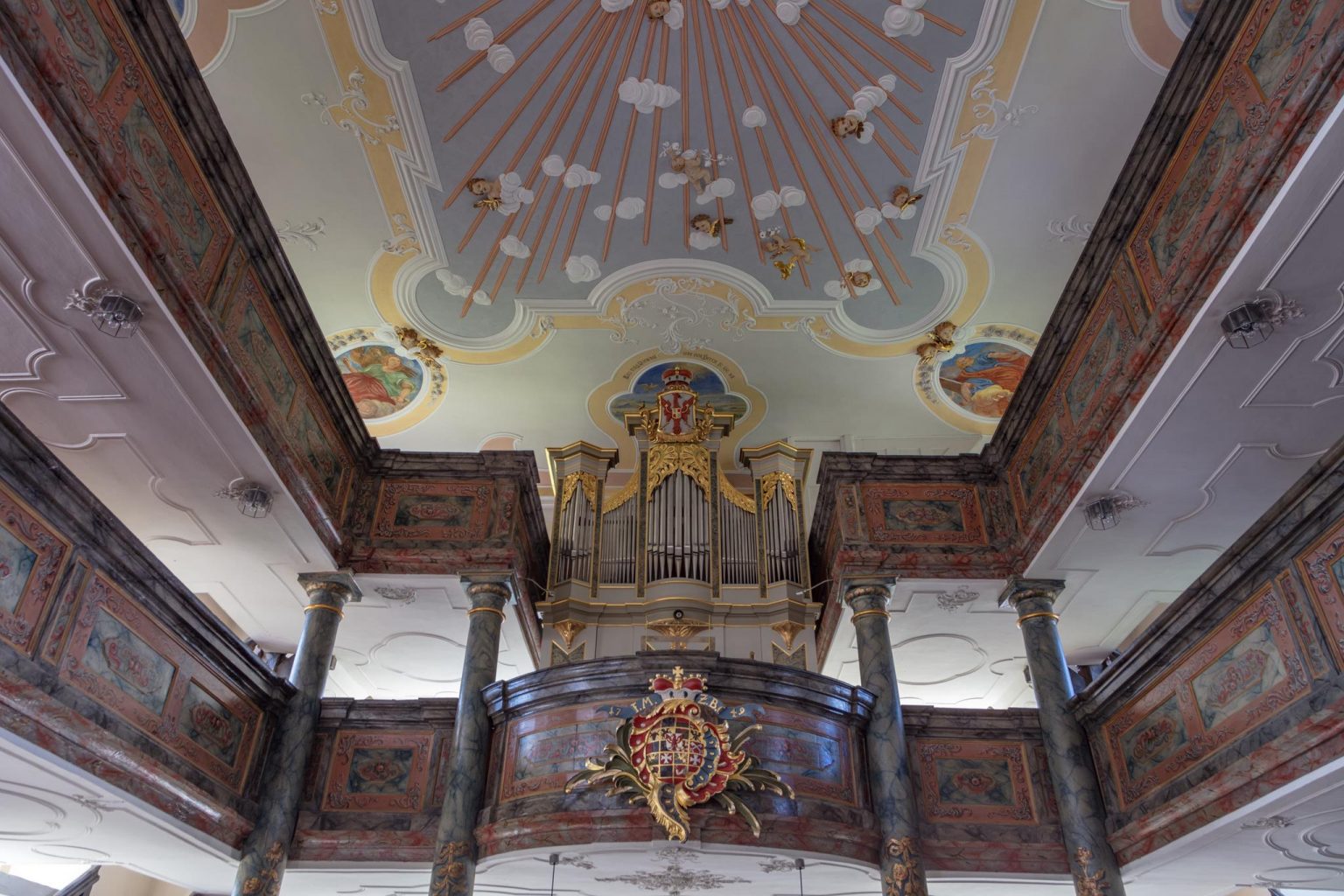 Heaven unfolds in this church, , a synthesis of the arts created by the best craftsmen of the region. God’s glory shines forth on the ceiling: Rays of light issuing from a golden triangle spread out over the whole room through little white clouds. Angels with children’s and women’s faces form the heavenly Household, and look down with the Eye of God with friendly expressions upon the people. The court stucco artist J.F. Andreioli created the attractive or striking faces, while the so-called ‘privileged court artist’ H.S.Lohe painted the ceiling with illustrations of the psalms, just as he bathed the church in bright colours.
Presumably Margrave Friedrich could not contribute any funds when the church had to be rebuilt 1741-49 after a fire, but he had his coat of arms mounted on the organ and his initial ‘F’ on the pulpit. There is no cross on the pulpit altar, which is decorated in red and gold; only the processional crosses remind us of Jesus’ death. Instead, the Risen One appears in the mandorla and in the halo of rays of light as the victor over Death, and greets us, His hand raised in blessing. Moses the Lawgiver and Aaron the High Priest point to salvation through Christ. The pulpit altar, the font angel with his large shell, the valuable double-sided lectern, and the organ case, are all the work of the court sculptor J.G. Räntz. The original preserved pews carry skilfully painted numbers which show who had rented which seat.
All that now survives of the medieval pilgrimage church is a stone with a crucifixion scene in the church wall, and the imposing tower goes back to the old church which had to be rebuilt with their own means by the little congregation during the Thirty Years’ War.

This church is currently not open to the public. Preparation for  church opening in progress.