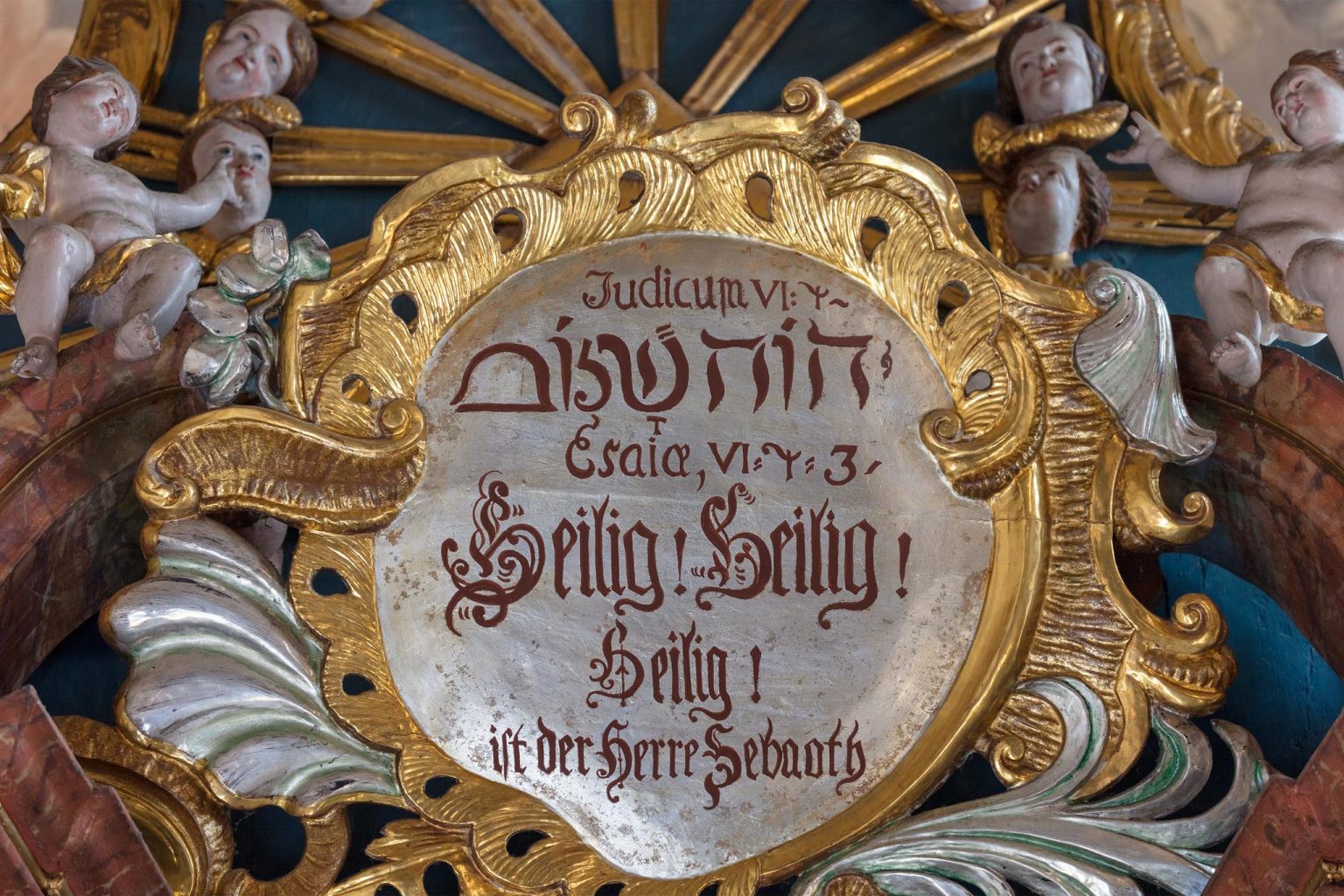 The parish church of the Holy Trinity, Presseck

Lying up in the hills of the Franconian forest, Presseck belonged for many years to the Lords of Wildenstein, and many of their memorials can be seen on the walls of the church. As patrons of the church, they took great care of it. After 1500, they had it enlarged, and the late Gothic building, with its unusually large chancel, remains to this day. The wallpaintings of 1513 have been uncovered : St Christopher, the Crucifixion and Deposition from the Cross ,the Last Judgement and a portrait of Christoph von Wildenstein.
The inscription on the north wall tells us that the church was taken from the Lutherans during the Thirty Years’ war, but was returned to them after the Treaty of Westphalia in 1648.It had been damaged and needed to be newly furnished, and in the process picture panels which probably came from an earlier gallery were used as flooring for the new galleries. As early as 1649 the Wildenreuths were again able to participate in the church services from the ‘noblemen’s gallery’ .
In the centre of the altar, made by Johann Mattäus Müller from Stadtsteinach, is the message of peace. Hebrew letters proclaim ‘Jahwe Schalom’ – God of Peace. The Risen Christ, of whom the Bible says: ‘He is our peace’, crowns the altar. The baptismal angel invites us in with a smile, and the kindergarten children have a playground in front of the church.
But the biggest attraction of the church is its ceiling: the Gothic vaults are covered with biblical scenes by Friedrich Schmidt from Kulmbach.Here is the story of God and His people from the beginning to the promised Kingdom of Peace in Heaven. In the centre are the visions of the prophet Isaiah and of St John, who sees God on His throne and the Lamb who atoned for the sins of the world.