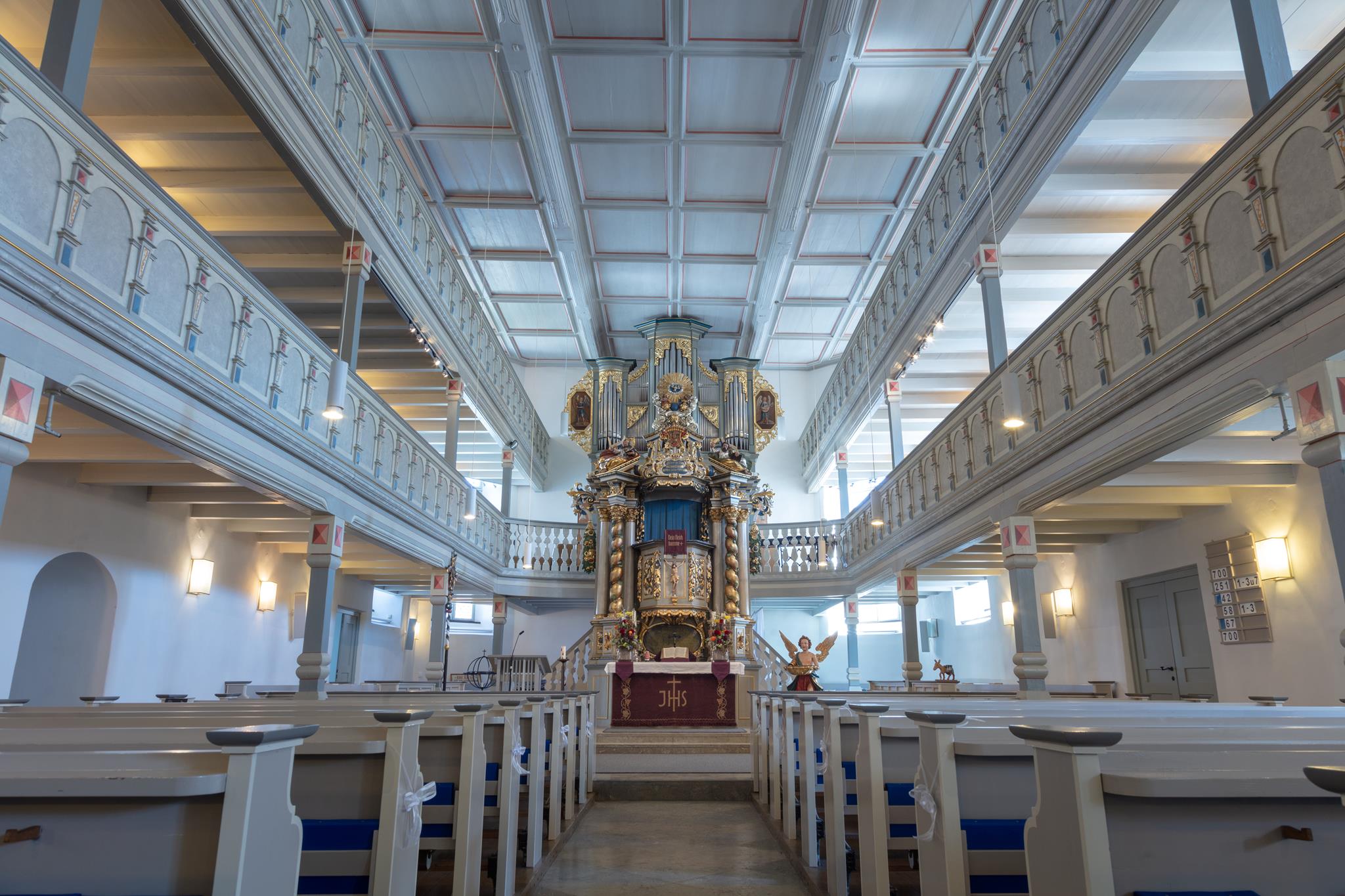 The town church of Selbitz

The pulpit altar and the organ above it immediately catch your attention. Whilst the rest of the church interior is decorated in light grey tones since the 2012 renovation, the ensemble on the altar wall provides a strong accent on colour, contrasting with the white background. The same is true of the baptismal angel from the workshop of Johann Nikolaus Knoll (1722). Three years later his workshop created the altar.On the pulpit roof an inscription urges us to listen to God’s word. Figurative representation of the triune God: Father,Son and Holy Spirit sit in splendour above the margravian coat of arms. The Heidenreich baroque organ, together with its bellows (up in the roof), is also still the original one built in 1768.
After it was destroyed in the Thirty Years’ war, it took a long time until the church could be rebuilt and so richly furnished. In 1632 Croatian soldiers set fire to the church, the vicarage, the school and its surroundings when they came from a fair in the next village. With the help of the local knights, who offered sanctuary in the castle to the community and donated many things to furnish the church, it was possible to rebuild the church despite the fact that the war was still going on. Even if that took a long time: the very first services were held in the open air. The coats of arms of the Reuß, the von Reitzenstein and the von Wildenberg families remind us who the patrons were. The oldest piece here, the former altar cross of 1644, is nowadays in the quiet area behind the altar, and invites us to prayer and meditation.