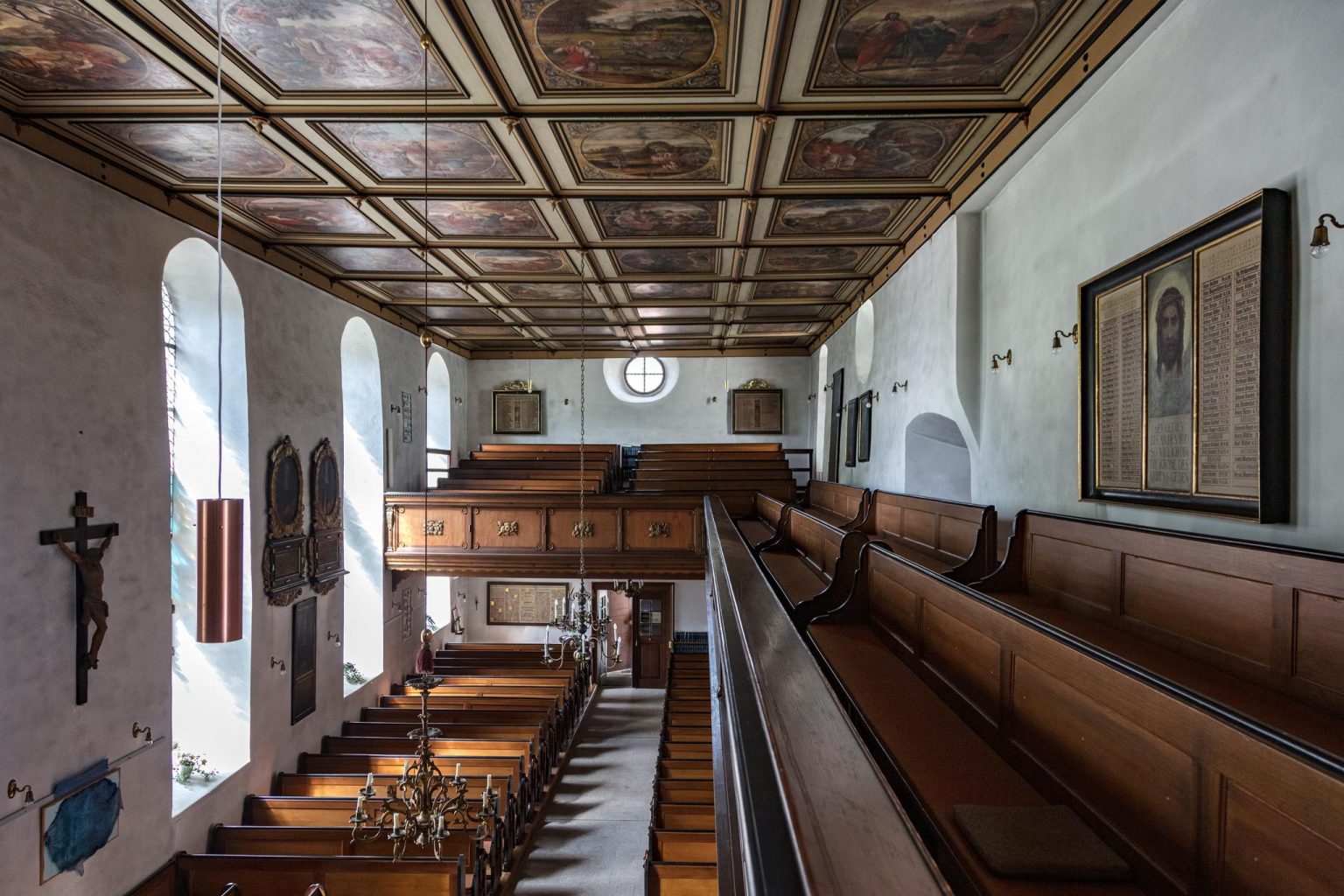 Escorted by Muses to the sermon

The Muses of the Greek gods line the way up to the pulpit, and the spirit of the renaissance can still be discerned in the pulpit and in the altar, both of which came into the new church in 1641 after the Great Fire. Woodcarvers Peter and Adam Eck from Eger ‘immortalised’ themselves on the pulpit between the Evangelists and the angels.The altar with its picture of the Last Supper (1643) was completed around 1710 in baroque style with the representation of the Trinity and with angels on the upper part and on the communion rail. These replaced the Muses.
24 of the 48 panels of the church ceiling, which dates from the same period, are painted with scenes of the New Testament, half of them by Mathes Gebhardt and half by Johann Jakob Radius. Parts of the original ‘wheatear’ ceiling of 1641 have been discovered beneath these, painted with flowers, angels’ heads and other ornamentation. Right up until 1935, the baptismal angel by Bayreuth sculptor Franz Schuh (1780) had an iron ring on its head for attaching a rope so that the messenger from Heaven could be lowered from the ceiling for a baptism. The organ case of 1791 is also in rococo style, and portrays the red Brandenburg eagle, even though Margrave Alexander had already ceded his rule to the Prussians. The painted baroque double gallery was replaced in 1935 by a single one in New Renaissance style which is completed by the organ gallery behind the altar.
The address of the church:’No1, The Marketplace’, and its immediate proximity to the town hall show its close connection with the town, which received its town status in 1954.