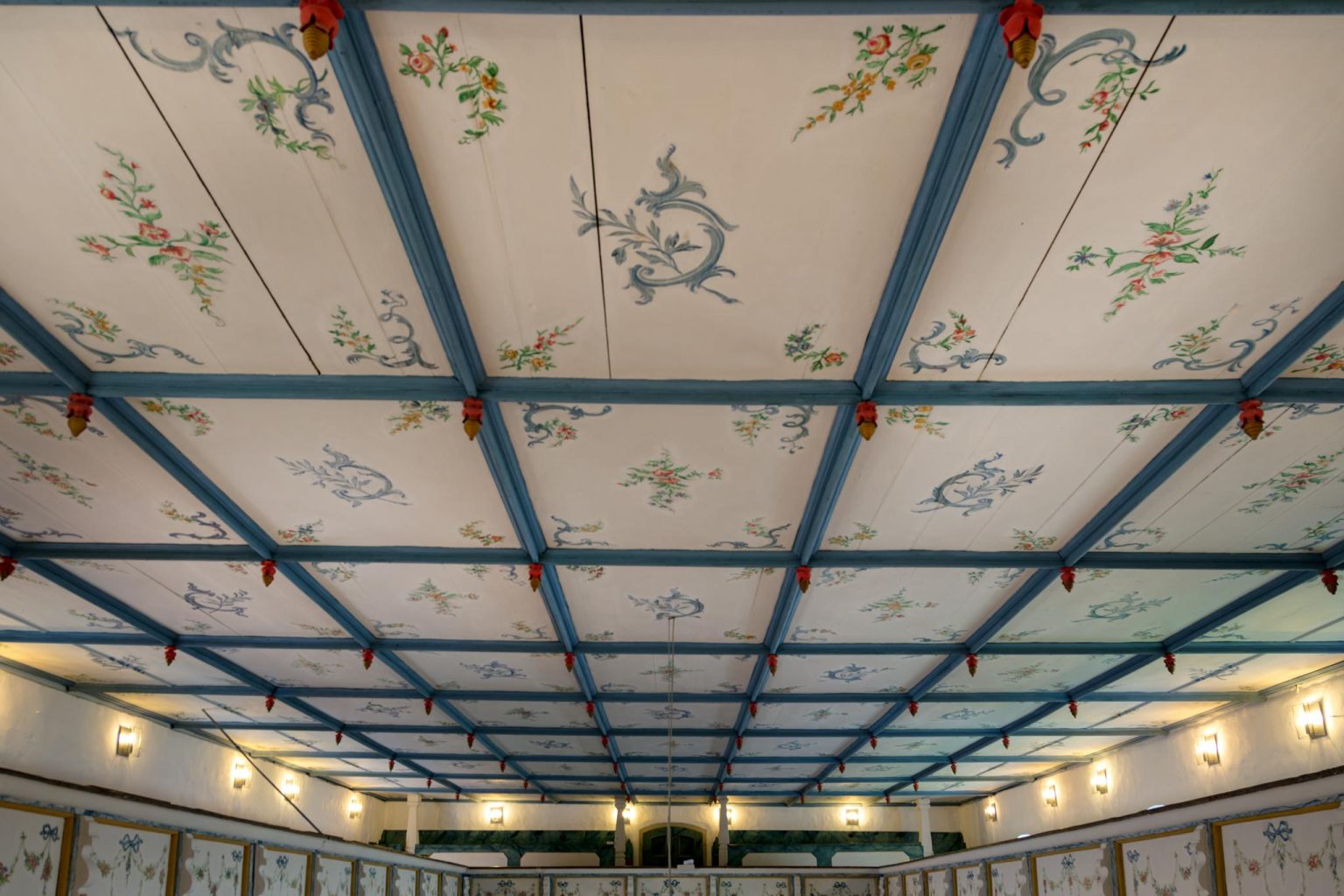 In a sea of flowers

The interior of the church is decorated all over with flowers. The ceiling, the fronts of the gallery and the seating, even the pulpit altar all have delicate floral decoration, set against a white background enhanced with blue ribbons, in between blue mouldings and the blue marbled benches.  A painter by the name of Schneider decorated the church in 1769 in the Bavarian folk art painting style. Even the two angels on the pulpit roof hold flowers in their hands. Some of the panels on the gallery fronts carry the coats of arms of the local nobility, whose members were buried in the church right up until 1802. Only one of the original four galleries for the nobility now remains. It was possibly the Oertel family, whose seat was in Töpen, who donated the gallery paintings which were based on models by Matthäus Merian.

When in 1711-15 the church was rebuilt bigger than the previous chapels on the spot had been, the late Gothic flat carvings of Emperor Henry 2 and his wife Kunigunde, and of Mary and St John from a crucifixion scene were taken from them and incorporated into the pulpit altar.This narrowly escaped the destruction of the church in the 19C. The two wooden crucifixes near the altar are probably also from the late medieval chapel, as are two bells made in 1470. Only the case of the organ built by the master organ builder Wiegleb in Kulmbach in 1770 remains, now containing the Steinmeyer organ of 1906. Situated on the gallery above the pulpit altar, it provides the musical part of the Proclamation of the Word and invites all to join in rejoicing in God’s creation.