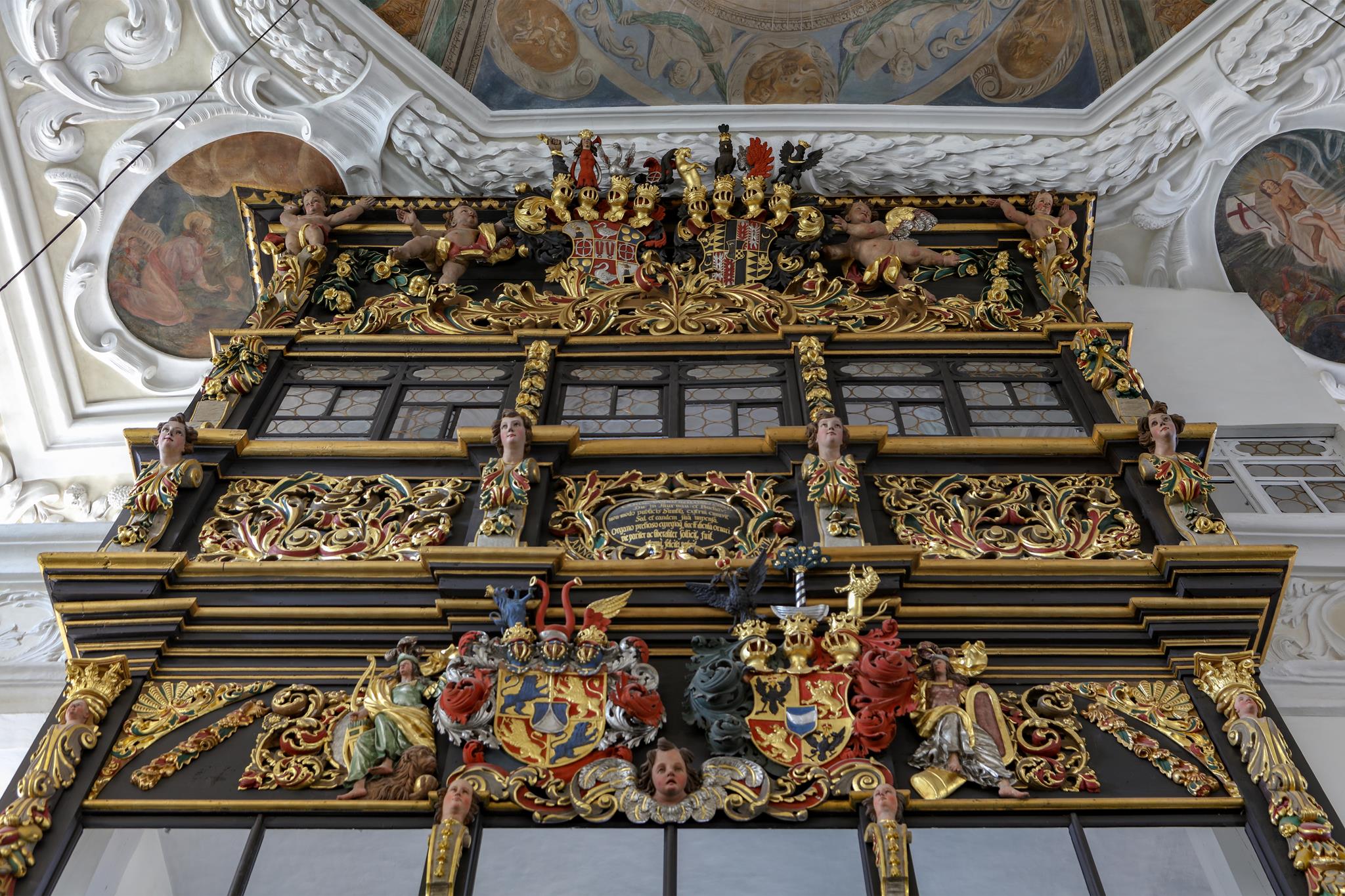 The area ruled by the Thurnau Castle Lords, the Imperial Counts von Giech and the Barons von Künßberg was not extensive, though to see their gentlemen’s box on the west side of the church you could be forgiven for thinking it was. In keeping with their superior social standing, the upper, heated box extends out beyond the one beneath and has a covered access way to the castle. It was the Bayreuth sculptor Elias Räntz who created this masterpiece, together with the altar.The patronal lords had the right to be buried in the church, and evidence of this is seen in the memorial stones on the walls.

Faith is to be awoken by preaching God’s word. Bernardino Quadri made the pulpit, (which juts out into the church), the angels and the ornamentation on the ceiling all of stucco in 1703. The powerful figures remain unpainted. The altar painting shows Christ the Teacher, a somewhat rare subject, with a row of pillars leading up to it. Above the altar is the organ, whose 1767 case is attributed to Johann Gabriel Käntz. Even the music helps proclaim God’s Word.

The paintings on the ceiling by Gabriel Schreyer and Johann Raab show the pouring out of the Holy Spirit at Whitsun in the centre; around this are the most important stations of the Life of Jesus, with symbolic pictures representing messages about faith on the sides.The themes were suggested by the pietistic priest, Magister Georg Christoph Brendel, who arranged for the church to be rebuilt, and they were probably only ever intended to be understood in their deepest sense by a chosen few.