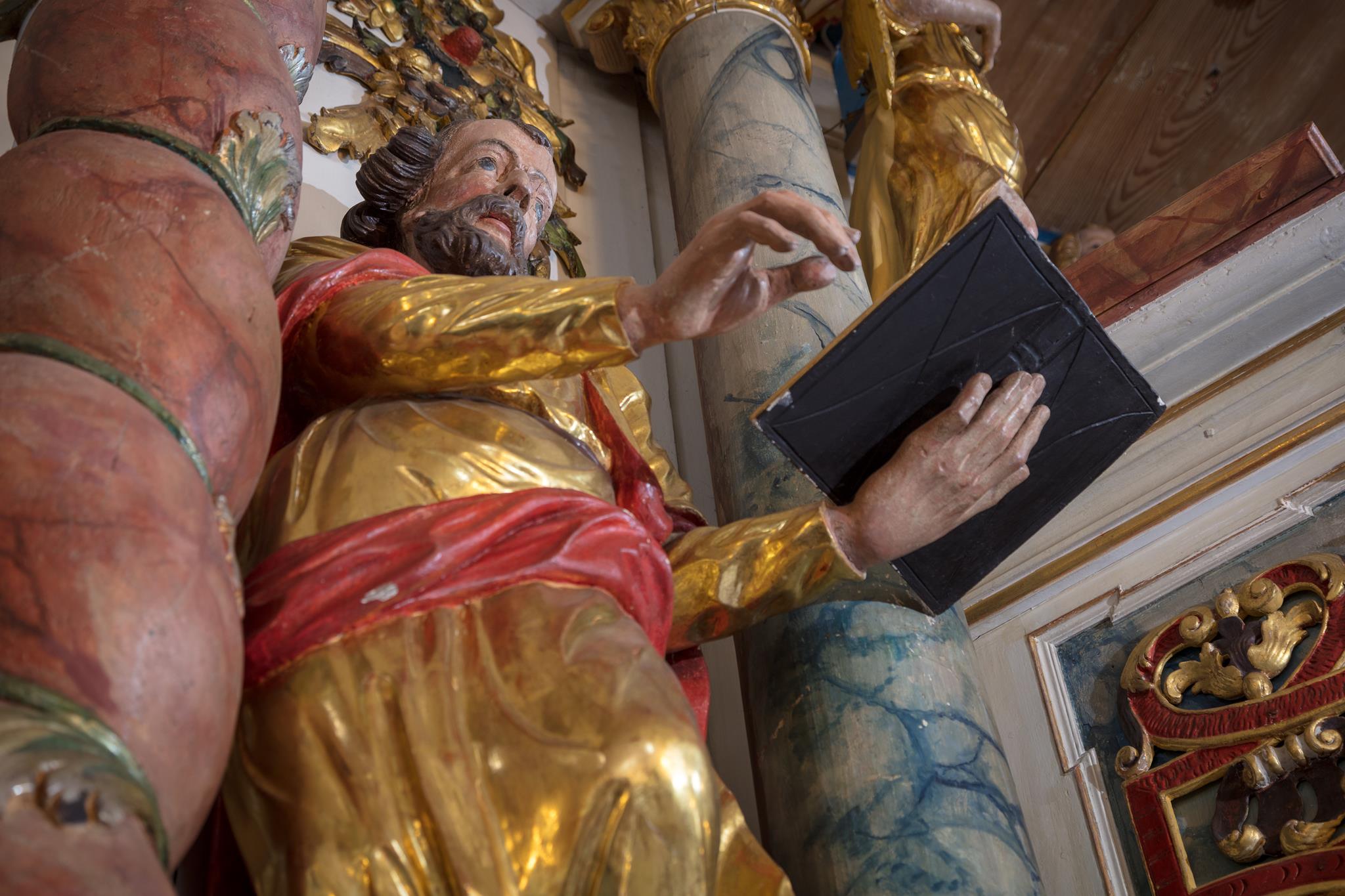 The parish church of Trogen

The victory of Christ Crucified

The valuable old crucifix, made around 1500 by Peter Breuer from Zwickau, a student of Tilmann Riemenschneider, hangs to the right of the altar. Beneath its densely woven crown of thorns, the face has a peaceful expression. The altar cross stands on the pulpit altar table, and both of these were carved  by Wolfgang Adam Knoll in 1748/49. Behind this, Jesus celebrates the Last Supper with His disciples in a banqueting hall. In the centre of the body of the pulpit is a crucifixion scene, thus emphasising that the ‘Word from the Cross’ is at the heart of evangelical preaching. Even the halo of rays of light right at the top, encircling the dove as part of the Holy Trinity, is in the form of a cross. And the Risen Christ beneath this carries the sign of the Cross on the flag of victory. The baptismal angel by Knoll, with its bright robes and big golden wings, carries in his hands the baptismal bowl.This takes the form of a laurel wreath, a sign of victory promised to those who in times of sorrow or need hold fast to their faith. As elsewhere this angel was lowered from the ceiling on a rope for baptisms.

When the earlier church on this spot was in danger of collapse and was finally rebuilt in 1747 under the patronage of the city of Hof, the paintings – which came from the  Lohe artist workshops in Hof – were adapted ruthlessly to fit into the second gallery. Previously they had adorned the ceiling and the gallery, but were now cut to fit, in places the boards were even swapped and the biblical scenes of the Merian Bible were all muddled up. Fortunately the organ case with its eye-catching golden ornamentation was preserved, which formerly housed an instrument from the firm of Heidenreich of the Silbermann school. The former mother parish of Hof St Lawrence had let them have the instrument when the chuch was renovated in 1888/89.