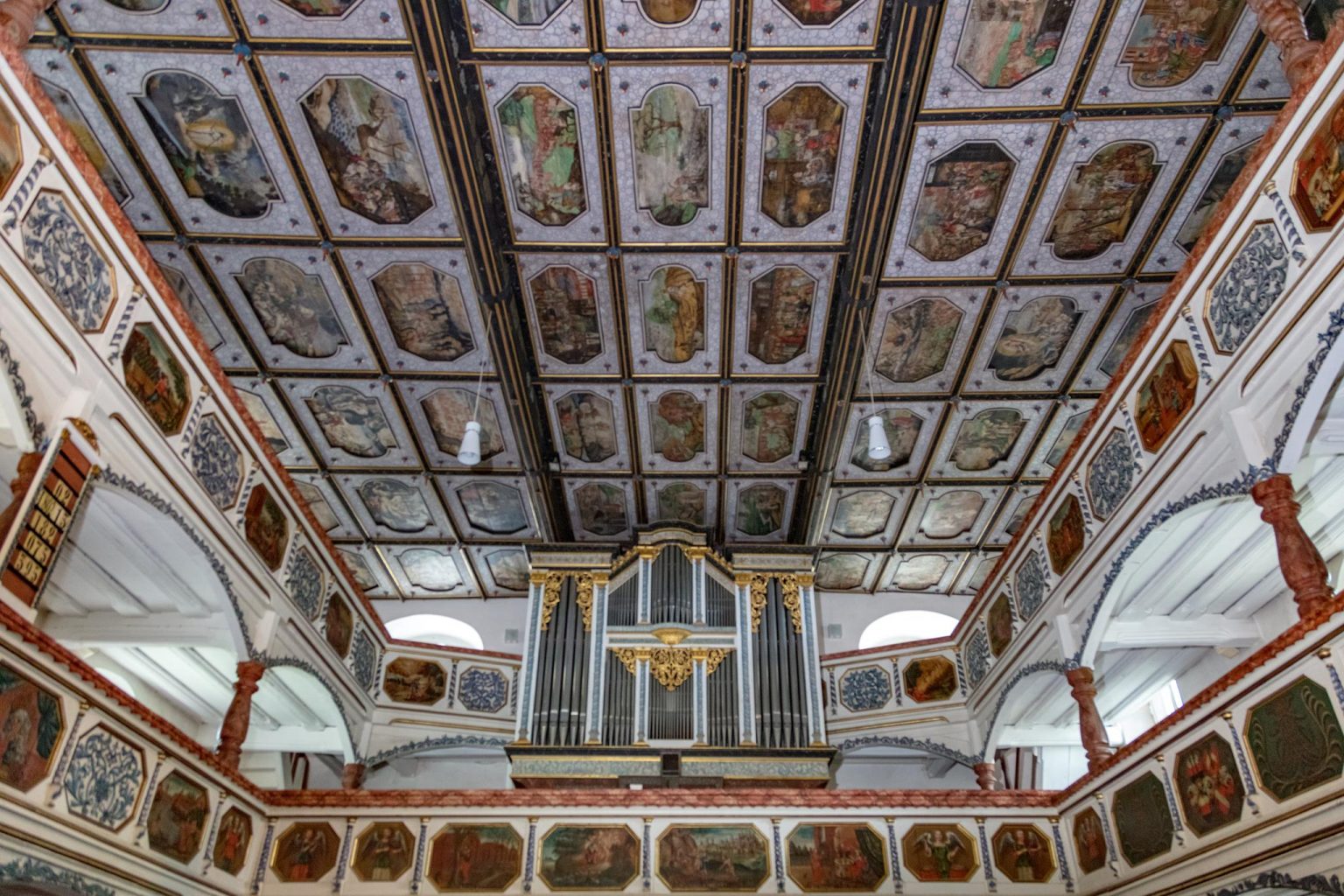 The masterpiece of the Hof artists

The church of St Aegidius is a prime example of the great artistic talents and craftsmanship exhibited by those masters who worked far away from the margravial court. The colours of the paintings, the figures and the decoration are particularly vivid against the white background and make this church one of the most beautiful in the whole of Upper Franconia. It was Wolfgang Adam Knoll who carved the pulpit altar (1743) and the baptismal angel (1745), which were then painted in a great deal of gold and in shining metallic colours (thanks to their being mixed with silver). On the altar there are scenes of Jesus’ Nativity next to the Last Supper. The four Evangelists with their symbols frame the pulpit, at the centre of which is Christ Crucified. Above the pulpit roof, which takes the form of a crown, ‘the Crown of Life’, the Risen Christ proclaims victory over death. And higher up still the Holy Trinity is shown, whereby the golden halo of rays of light surrounds especially the dove as a symbol of the Holy Spirit.

There are 105 ceiling paintings with scenes from the New Testament, and by 1672 Heinrich Andrea Lohe had already completed the 63 pictures in the western (rear) part of the church. Those in the eastern part were added in 1745 by Nikolaus Walther. On the galleries, amongst the coats of arms and initials of the local aristocracy, are stories of the Old Testament.  There are still nameplates from the 18C on the seating, which carries plant decoration. The church, whose origins reach back into the 14C, had to be extended twice: in 1668-69 to the north, and in 1701-05 out to the east. It was then, with the addition of the 36 metre-high tower that it took on its present impressive appearance. Prior to the First World war, this gem was very nearly torn down, but fortunately was able to be renovated once more in the 1920s.