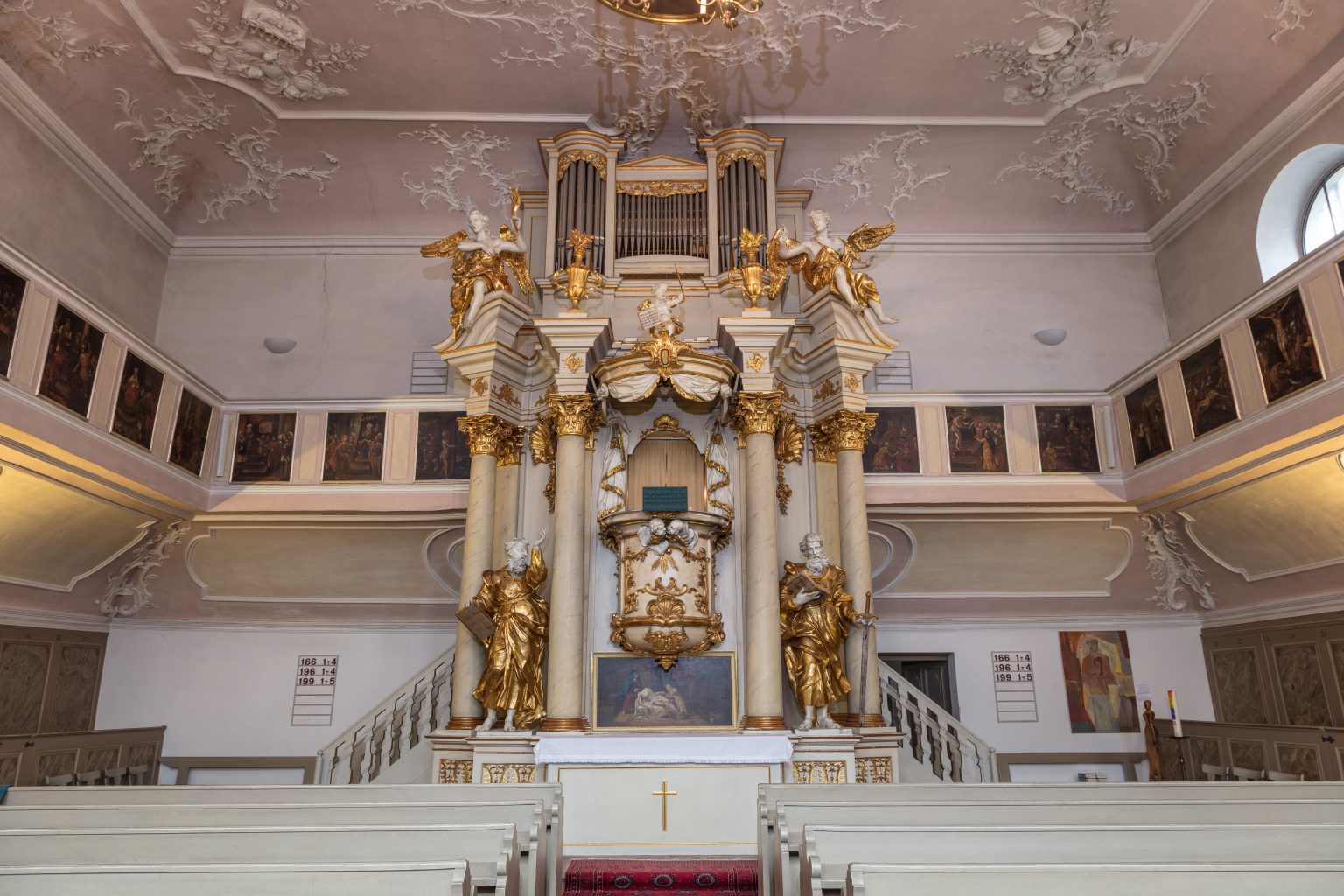 Baroque splendour for the poor, the old and the sick

Since medieval times the civic hospital foundation, to which the church still belongs, has cared for the poor, the old, and the sick of the town. So that the spiritual life should not be lacking, a church was a part of this, and in ‘exchange’ for their free care, the inhabitants had to pray for the town in their daily services.The earlier buildings were dedicated to the holy benefactress Elisabeth of Thüringen.
When the church fell into disrepair in the mid-18C, the margraves had a splendid new building in rococo style constructed, created by the same architects and artists as the Palace Church. Only the paintings now along the gallery were preserved from the old church.The large windows on the south side, and the abundance of white make the church interior very light, and golden figures and decorations give it a noble radiance. Right in the centre is the proclamation of the Christian message: the pulpit in the middle of the altar, and above it the organ – for music too is used to proclaim. St Peter and St Paul stand and proclaim the message, and angels bring the message from Heaven. The large ceiling painting shows the call of the prophet Isaiah. An angel cleanses his lips with a red-hot coal, so that as a sinful man he might take God’s Word into his mouth. Above ,God himself appears, surrounded by a host of angels singing ‘Holy,Holy,Holy’ to him. In the four medallions in the corners of the ceiling,God’s covenant with man is the central theme.
The east façade of the church, facing the marketplace, is unusually splendid and pictorial for a margrave church. Around a triangle with a tongue of fire is a halo of rays of light, through which God’s splendour shines out. The four cardinal virtues urge passers-by to change to a Christian way of life.

No events recorded for this church.