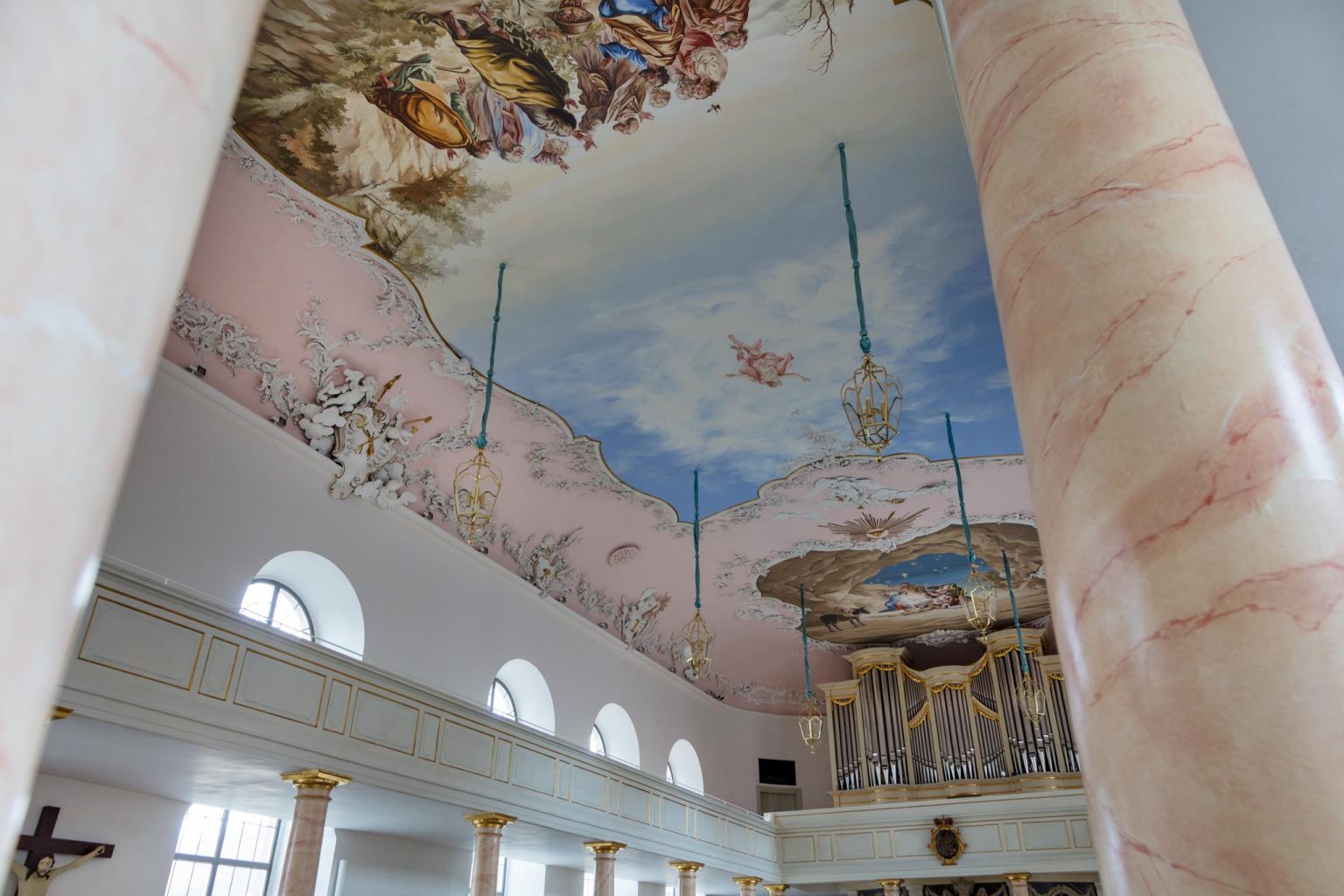 The Palace Church of Our Lady, Bayreuth

From the terrace of the Palace Church with its bust of Margravine Wilhelmine, who appreciated art so much, you can see across to the world heritage margrave Opera house.The same architects and artists were employed when Margrave Friedrich and his wife had a new church built in the Old Palace for the court community.The old chapel of 1668 had been burnt down, together with the rest of the building. It is said that at least the princes were not angry – and the new building had the space for a prestigious tomb. When in 1791 control of the region passed to Prussia, the church was used as a weapon store. In 1810, after the annexation of the margravate to Bavaria, the Bavarian king transferred the church to the catholic community, and so the Palace Church is today the only example of a catholic margrave church.
It was re-ordered accordingly: the pulpit altar was removed, and the organ was moved from the side of the altar up to where the prince’s box had been.The artistic plasterwork of J.B. Pedrozzi on the ceiling was preserved, in which Man’s salvation through the suffering and death of Christ is symbolically represented. The tombs of the Margrave and his wife, and of their daughter Friederike Sophie may be seen in their vault, which is above ground. During restoration work in 2019, the ceiling paintings by the court painter E.W.Wunder were replaced by new paintings which complement the baroque style. As did the original paintings, they represent the Birth and Ascension of Christ, as well as the four Evangelists. And now, instead of the initial ‘F’ for Margrave Friedrich which was there before, the golden triangle shines out over the altar area, in a halo of rays of light: the symbol of the glory of the triune God.

The Palace Church of Our Lady
Schlossberglein 1
95444 Bayreuth

No events recorded for this church.