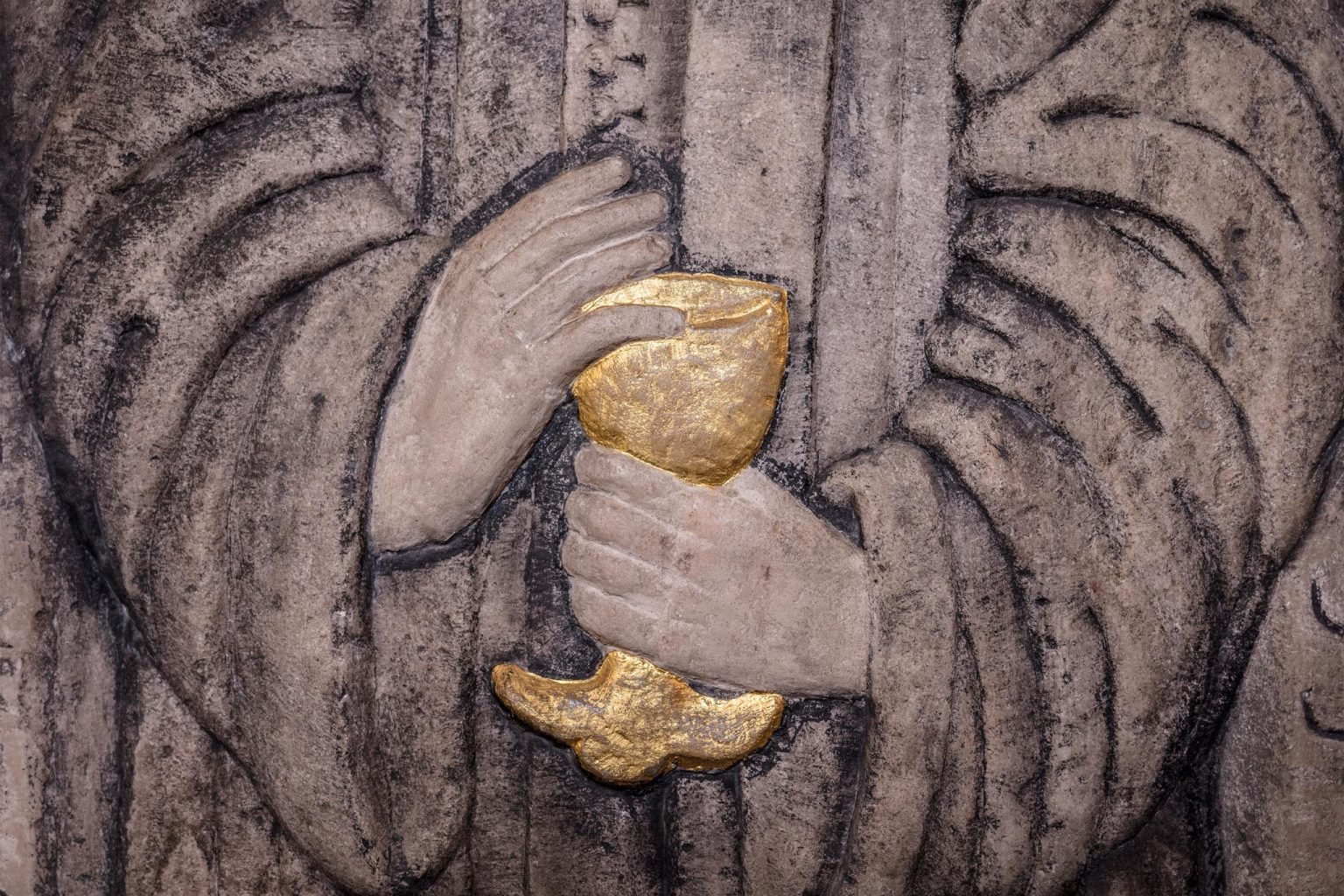 The richness of the interior of the little church takes you by surprise.As soon as you enter, your eye is drawn to the pulpit altar which fills the triumphal arch of the gothic chancel.The figures stand out against the white background and proclaim what Christ has done for us: right at the bottom we see the instigation of communion, with the Crucifixion on the right and the bronze serpent on the left; then above that, the Resurrection and the prophet Jonah. The Saviour stands in the centre of the pulpit with the four Evangelists on either side. And above it all the golden triangle shines, with its three tongues of fire.The Hof sculptor Wolfgang Adam Knoll created this masterpiece as well as the richly decorated organ case.Only the figures on the body of the pulpit and the baptismal angel survive of his father Johann Nicholas Knoll’s work.
The lifesize crucifix with real hair is much older. Created in 1460, it was relegated to the loft when the church was redesigned in baroque style, and has only been back in the church since 1938.The gothic carvings of 1509 on the choirstalls are particularly special, as they are said to be the last remaining example of this Alt-Hof form of carving using stencilled pokerwork decoration. The Lady altar which was once in the church is now in Bamberg Cathedral.A metal door which leads to the walled-up grave of the earlier patron of the church has on its inside a large skeleton to remind us of our mortality. Behind the paintings on the galleries , done by Radius , a painter from Kirchenlamitz, are the ‘men‘s seats‘, simple benches wthout backrests. Down below are the more comfortable ‚ladies seeats‘ which still carry the names of the former church attendees who owned them.