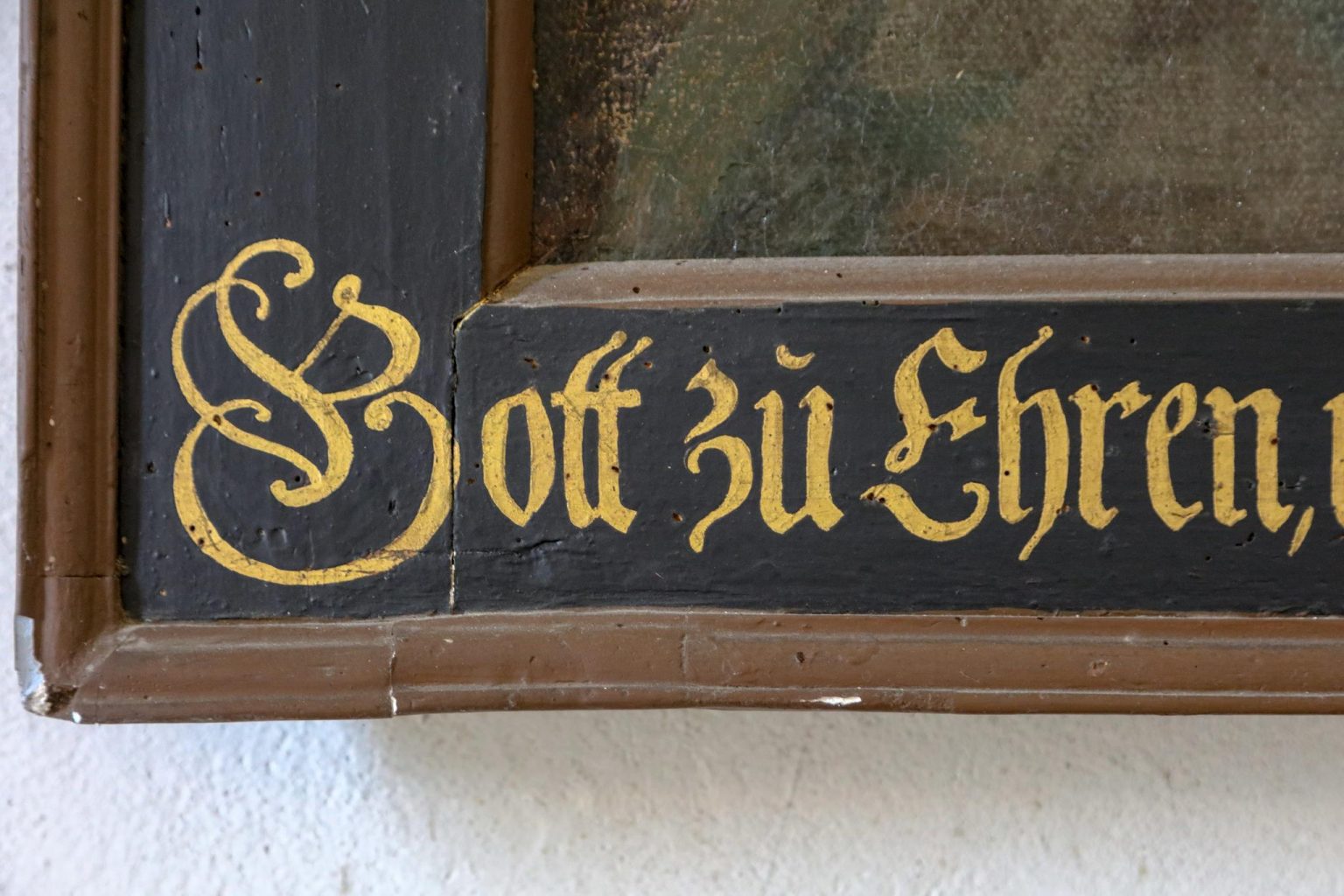 A Heaven full of solace and joy

Once inside the stately church, you are overwhelmed by the blue vault of Heaven, sparkling with stars, which the court painter Freidrich Müller painted on the barrel vault in 1780. In the centre, a halo of rays of light with the golden triangle and God’s name ‘Jahwe’ is shining, encirled by clouds and surrounded by thirteen (!) angels.Two large and two smaller angels seated on clouds show the instruments of Christ’s Passion and delight in the signs of salvation. On the chancel wall, an angel bathed in light appears and offers Jesus the chalice in the Garden of Gethsemane whilst the disciples sleep.
Amongst all this, the altar, which is set to one side, is very unusual. Behind it is the former chancel , which dates from a Lady Chapel which was a popular pilgrim destination in the Middle Ages. After a Hussite attack in 1430, the church was rebuilt and enlarged in 1491, and they saved themselves expensive foundations in the floor of the valley by building into the slope of the hill. Destroyed again in the Second Margrave war of 1553, it was not until 1720 that the church could be rebuilt thanks to the initiative of rebellious Master Goldner. The altar with the Risen Christ came from the workshop of Elias Räntz, and the pulpit was built in later, thereby creating a typical pulpit altar.The simple sandstone font to the right of it conceals a valuable pewter basin dating from 1720, the same year as the ancient offertory box. One curious feature is the representation of Christ on the lower north gallery: the upper part of His body extends out above the floor, but the lower part was destroyed when the gallery was built.

The parish church
Magister-Goldner-Platz 1a
95326 Kulmbach