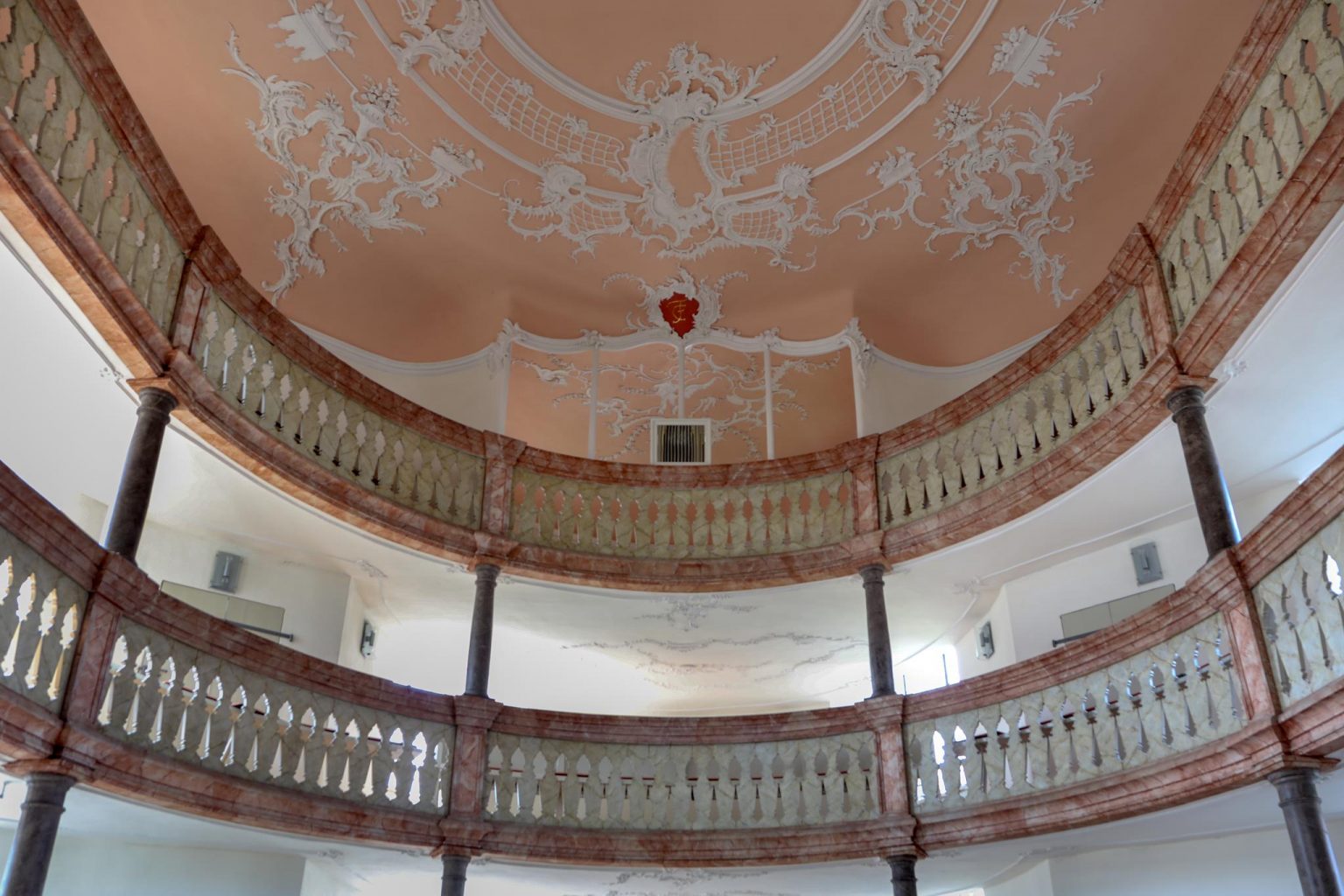 Two galleries with marbled balustrades sweep elegantly around the oval church interior. The upper gallery frames the organ, which rises high above both the altar table and the pulpit. The lower gallery curves up and over the pulpit, thereby emphasising where the sermon is preached.The pulpit and the altar table, both made of grey artificial marble, stand one behind the other, an old form of the pulpit altar. High above the bright church interior with its white walls and big windows soars the stuccoed ceiling, a masterpiece in rococo style, with white ornamentation on a pink background forming exquisite decoration.
As far as pictorial representations go, there are from the earlier period only the angels’ heads above the pulpit, one female face on the underside of the rear gallery,and the processional cross of 1750; and from modern times the altar cross and the Risen Christ in a graceful, dance-like pose, both the work of the Bamberg artist R.Bauer-Haderlein.
The name ‘Peace church’ stems from an unusual story. During the Seven Years’ War, when danger threatened, the Imperial Count von Giech is said to have sworn an oath that he would build a new church if his land were spared. It was indeed spared, so he asked which of his five churches was in the worst state, and contracted the master builder J.T. Nißler to build a new church for Berndorf. The patronage of the free Imperial Counts von Giech is acknowledged in the initials above the organ, in the finely-worked coat of arms at the west end of the church exterior, and in the swan on the church tower.
In the nearby vicarage,Carl von Linde, inventor of the ice machine, was born in 1842.