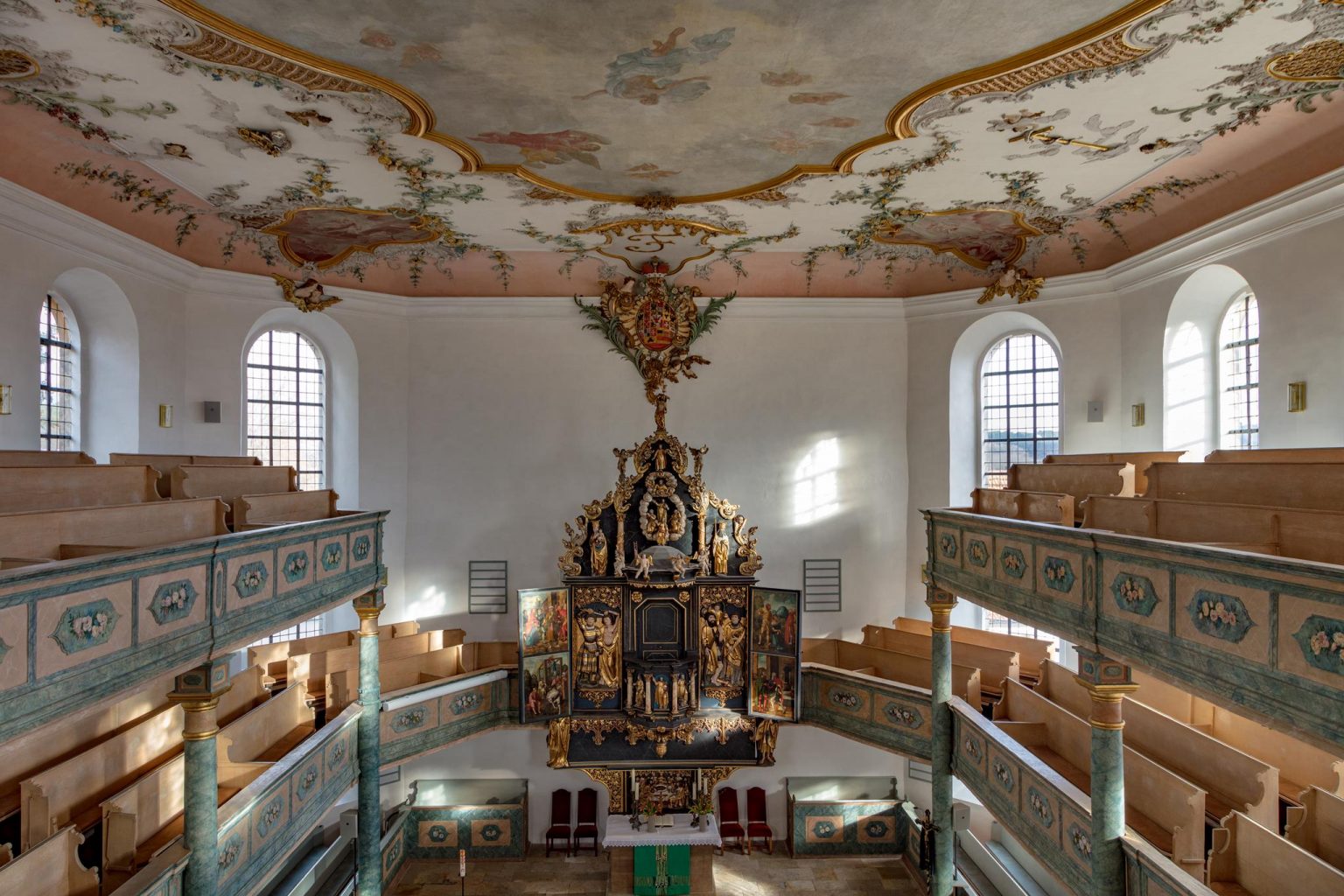 The greatest glory be to the Holy Trinity

A synthesis of the arts , created for the praise and glory of the triune God: as splendid as a ballroom for celebrating church services. We have the Imperial Count Philipp Andreas von Ellrodt, whose family owned the nearby castle, the Kulmbach superintendent Johann Christoph Sichmüller, the local master builder Johann Georg Hoffman, and above all the generosity of the congregation to thank for this splendid building with its rich architectural features, wide central body and artistic furnishings.
Margrave Friedrich had his initial ‘F’ and and his coat -of arms displayed prominently above the altar, but contributed little financially to either the building or costs of the expensive court artists. Giovanni Battista Pedrozzi created the wonderful ceiling stucco, with angels holding symbols and long tendrils full of blossoms and fruits. The court artist Ernst Wilhelm Wunder added the picture of the Ascension of Christ within the golden frame and painted the most important scenes of the history of salvation in the cartouches using grisaille technique.
The pulpit altar was created from various older fragments when the church was rebuilt in 1753-7. The central part and both wings are thought to be the work of Hans Süß von Kulmbach and, in addition to other figures of saints, come from the St James Altar made shortly after 1500, though when the wings of the altar are open they do hide the former patron saint. When the pulpit by Johann Georg Brenck was inserted in 1680, the scene of the Transfiguration of Christ on the pulpit roof was rearranged and admittedly muddled, and then angel musicians from the former organ were added above.
The nobility werre given their ‘boxes’: ‘gentlemen’s places’. The important central seat of the Counts of Ellrodt is decorated with valuable painted leather coverings, while the courtiers and noble guest were seated in special stalls behind a wooden lattice screen.