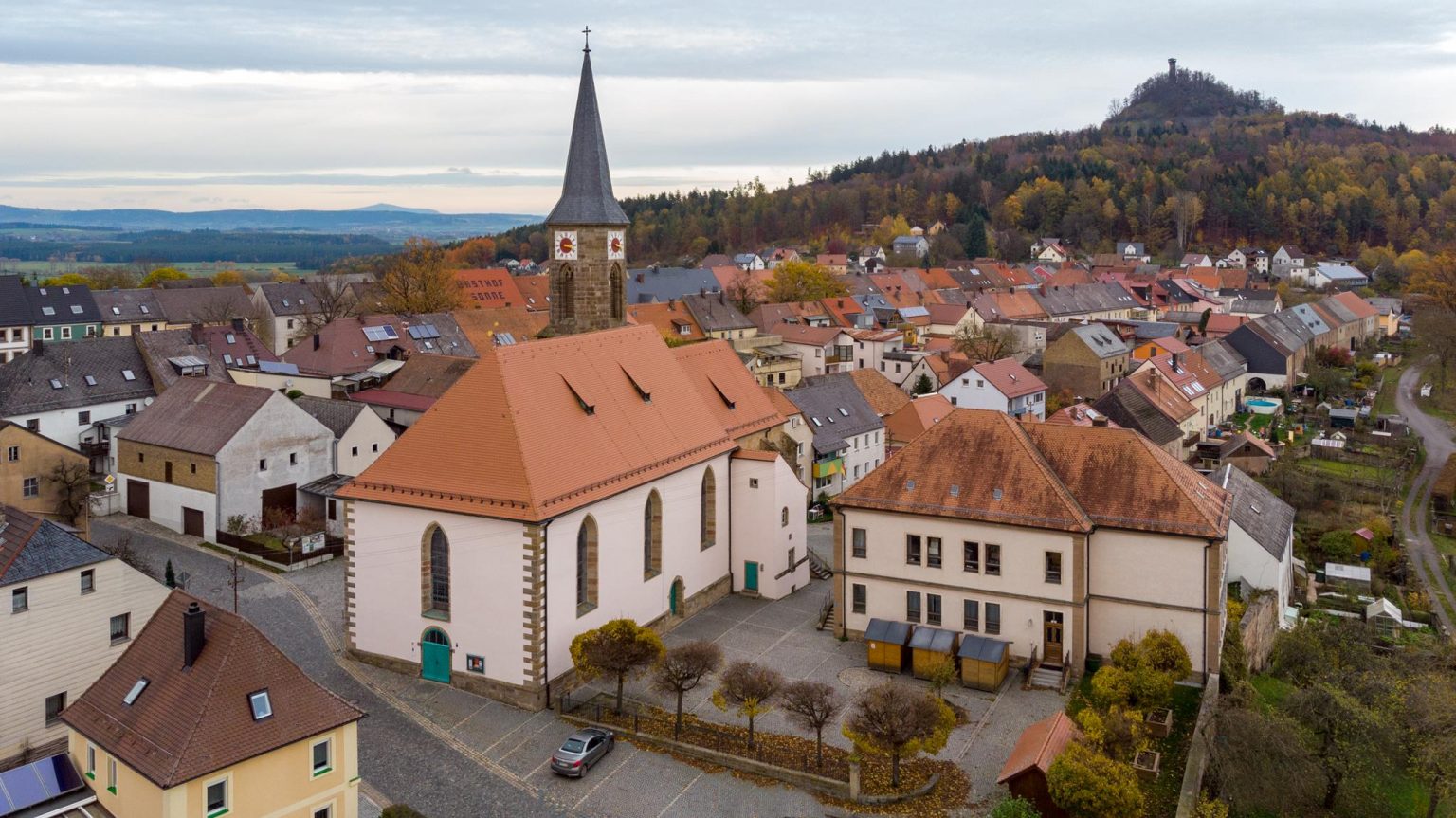 Margravian splendour in the Upper Palatinate

Neustadt am Kulm belonged to the margravate of Brandenburg -Kulmbach/Bayreuth. The town was founded in 1370 by the Hohenzollerns, who were lords of the castle of Nuremberg. In 1413 they were given permisson by the Pope to found a Carmelite monastery, but the Reformation led to the monastery church’s being made into a Lutheran parish church. The town was burnt to the ground twice: in the Second Margrave war and during the Thirty Years’ war. After the second time it was destroyed it was a long time before it could be restored in 1708-1720 – a fate typical of margrave churches.
The court stucco artist Bernardo Quadri decorated not only the ceiling in his usual powerful style, but also the arches, with the large margravial coat of arms above the chancel arch.The pulpit, like the stucco, is all in white, and it disappears up into the arch. Angels carry the pulpit roof, on which Christ the Resurrected and vanquisher of Death stands, waving the red flag of victory. The reddish-brown marbled altar stands out against the predominant white, and above the Crucifixion scene in the centre, angels pay homage to God the Father and to God the Holy Spirit in Heaven. In this way the altar portrays the Trinity to whom the church – like so many others – was dedicated. On the chancel ceiling, angels carry scrolls which proclaim the glory of the triune God, who is above all human power.The three ceiling paintings in the nave portray the Nativity and Ascension of Christ, as well as the pouring out of the Holy Spirit at Whitsun. Above the congregation, Heaven opens, God descends, and, as He ascends to Heaven, Christ says ‘See, I am with you until the end of the world.’