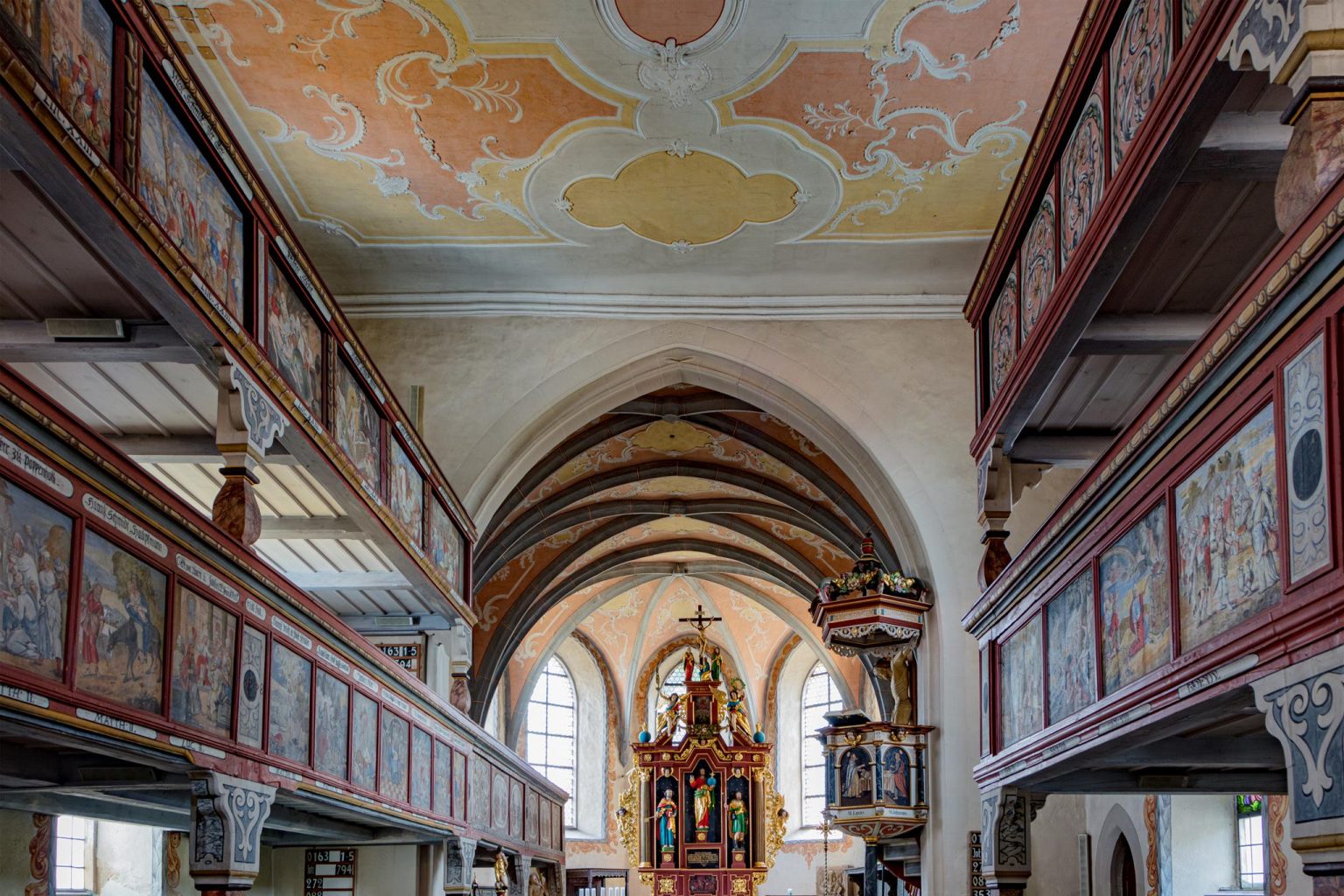 The parish church of St. James and St. Erhard, Rugendorf

Lilies and lily of the valley

‘My love is like a lily amongst thorns.’ This verse from the Song of Solomon, a collection of love songs, is written on the confessional, possibly the most precious item in the church. It refers to Jesus Christ, the friend of sinners. But the lily is surrounded by poisonous lily of the valley. Nearby on the altar is St Peter with his large golden key, Christ the Saviour in the centre carrying a globe surmounted by a cross, and on the right is the patron saint of the church St James, the father of pilgrims, with his staff. Angels and a Crucifixion crown the altar, which – as the inscription proudly states – the congregation paid for themselves in 1663. Johann Georg Brenck carved the figures, as well as the font cover with St John the Baptist on top. This work of art nowadays adorns a neogothic font, while in the spacious chancel there is a second, older one in archaic round style, also given by the congregation in 1667.
It was the barons of Wildenfels who had the 14C chapel widened and enlarged. In the baroque age the panels of the late Gothic vault and the flat ceiling were painted and decorated with stucco.The double gallery and the seating were also painted. The front panels of the galleries are painted partly with flowers, partly with coats of arms, but principally with biblical scenes and the names of the donors. The two representations on the organ gallery are particularly eye-catching: the angels in Heaven and those who are saved extol the glory of God the Father and God the Lamb. The gentlemen’s seats of the von Wildenfels family are also decorated with brightly-coloured flowers, as are the kneelers at the altar (1780) and the lectern (1761). Valuable tombstones commemorate members of the aristocracy and of the clergy.